The ILP is planning to rewrite and update its booklet, The ILP: Past and Present, written by BARRY WINTER, and invites you to comment online about the contents. 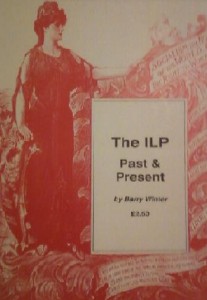 We are doing this, first, because the last edition was published in our centenary year, 1993, which makes it rather dated, and secondly, because there is a growing interest in our history among political activists, Labour politicians and academics. So this seems like a good time to proceed.

To help with the process, we are publishing the whole of the original pamphlet on the website and we hope readers will take the opportunity to respond and comment on the material.

We aim to put the text online in six stages, starting below with the chapters which deal with the early years of the ILP and the birth of the Labour Party. Each of these instalments will be supplemented by a series of ‘side stories’, boxed out material from the original pamphlet which highlight some important aspects of the ILP’s journey.

It is then over to anyone who wishes to respond to do so. This will help us to enrich what we hope will be a moving account of how different generations of people have sought to build a better society.

Of course, if you wish to purchase the printed version of the pamphlet, complete with images and historical photographs, you can do so from our publications page – we still have a few copies left.

The ILP: Past & Present

The early ILP did more than play a key role in setting up and sustaining the Labour Party, however. It made a unique contribution to socialist movement in another way: through the distinctive quality of many of its members’ politics.

Its largely working class membership favoured a very ethical, indeed evangelical, approach to socialism. They wished to live their socialism, to put it into practice, to prefigure the sort of society which they wished to create.

ILPers brought to their politics a passionate moral fervour, a burning desire to redress the injustices and suffering of people’s daily lives under capitalism. As a result, they tried to reconstruct their whole environment and to foster a spirit of comradeship and community. They built their own meeting halls using them for political, social and cultural activities, and as places for the political education of the young.

Through the Labour Churches some countered the Christian doctrine of original sin with a belief in the essential goodness of humanity. The bible’s commandments were replaced by socialist precepts including, “Honour the good, be courteous to all, bow down to none.”

The Leeds-based photographer and poet, Tom Maguire and the popular campaigner, Caroline Martyn, ruined their health propagating the cause and both died relatively young as a result.

Sometimes the moral fervour lent itself to abuse and manipulation. Skilled party leaders, like Ramsay MacDonald, could draw upon the desire for socialist fellowship to disarm their critics by accusing them of “uncomradely behaviour”.

But at its best, the ILP provided an educative and creative environment. People without formal education had the chance to develop skills of public speaking and organising. Here was a workers’ university where they could mix with all sorts of people and argue about all kinds of subjects – from vegetarianism to Marxism, from art to free school meals.

The ILP offered space for the ‘new women’ to explore the meaning of feminism in practice as well as in theory. In Sheffield, Edward Carpenter, courageously opened up the issue of male-female relationships and gay sexuality.

The youthfulness of the movement gave it an energy and a confidence. Theirs was an exuberant, crusading spirit which often obscured the more precise questions about socialist strategy (in marked contrast to many European socialists’ debates of the period). They saw socialism and the “new life” flowing from their living examples as socialists. It was often assumed that socialism would simply come about as more and more people were won to the cause.

The strength of this alternative culture was that it was a powerful motivating force which bound its members closely together. Not only did it encourage the participants to uphold their socialist vision, but it responded to their deeper, emotional needs and gave them a sense of purpose. But, valuable as it was, the religion of socialism was not enough. It offered little guidance on how to chart a clear path through a dangerous, duplicitous and complex world.

This alternative tradition remained a strong influence in the movement – and for a long time at that – but increasingly, electoral pressures came to prevail, particularly in the Labour Party. Winning the hearts and minds of the working class for real change was subordinated to appealing for their votes in the here and now. As a result, the more ‘controversial’ elements of the alternative culture patchwork, like interest in gender and sexuality as political issues, were marginalised.

All this amounted to a serious loss. Indeed, if socialism is to be renewed, the pioneers’ ethical concerns offer some important lesson. For while there can be no simple return to that age of innocence – indeed clarity about political strategy is essential – the moral dimension to socialist politics is also crucial. As is the need to build a living community capable of sustaining it.

The ILP and the Labour Party

From the outset relations within the Labour Party were often tense. At a time of massive unemployment, for example, the performance of the new Labour Party in the Commons seemed lacklustre and uninspiring. Most Labour MPs appeared to be little more than tame supporters of the Liberals.

Rank and file concern about the political direction of the Labour alliance during these years is shown by the dramatics actions of the controversial, young ILP militant, Victor Grayson. Against the express wishes of many national union leaders, and therefore without the national ILP’s consent, he stood and won the Colne Valley by-election in 1907.

Backed as the ‘Labour and Socialist’ candidate, Grayson received support from the ILP branches for three main reasons. First, because they were worried about what they saw as the dead hand of the unions. Secondly, they were increasingly unhappy about the displays of deference being shown by party leaders in parliament. Thirdly, they were concerned about the constraints arising from the electoral understanding between Labour and the Liberals. This expressed itself in their demand to contest Liberal-held seats as a matter of urgency.

Behind this opposition lay two different strands of thought in the ILP. Some simply wanted Labour to adopt more aggressive politics, while others wanted to break the links with the unions and to unite with other socialist parties.

A further sign of these tensions was the publication in 1910 of what was known as the Green Manifesto, a call to reform the Labour Party. Written by four newly-elected members of the ILP national council, they condemned the deals with the Liberals. They argued that instead of the parliamentary party engaging in electoral pacts and tactical alliances in the Commons, “Labour must fight for socialism…against both the capitalist parties impartially.”

Earlier, Keir Hardie, now MP for Merthyr, had shown equal concern about developments in the Labour Party, even though he knew of the deals with the Liberals. Expressing his worries about Labour’s timidity, he felt moved to write: “I grow weary of apologising for the state of things for which I am not responsible and with which I have scant sympathy,” adding “when the miners come in the Annual Conference will be controlled by coal and cotton, and…that means more reaction. There are times when I confess to feeling sore at seeing the fruits of our years of toil being garnered by men who were never of us, and even now would trick us out….”

But if Keir Hardie was sometimes despondent about the results of his handiwork, he did play an important role in gaining labour movement support for women’s suffrage.

As a result of much agitation, the nineteenth century had seen a slow and hesitant extension of the franchise to men. By the end of the century, men who owned property or who paid rent, had the vote. Now an increasing number of women wanted their political rights too. But both the Liberal and Conservative parties were opposed to women’s suffrage and treated the idea with a mixture of patronising derision and anger.

The ILP’s position, which owed much to the hard and relentless activist of many women ILPers at the grass roots, also set the tempo for the Labour Party’s approach. Namely that partial advances to extend women’s suffrage were better than none. This was a recognition of the fact that many men still need the vote.

As a result, relations, particularly at national level, were often strained between the ILP and the most militant wing of the suffragettes, the Women’s Social and Political Union (WSPU). Matters deteriorated when the WSPU began attacking Labour election candidates.

Led by the former ILPers, Emmeline and Christabel Pankhurst, a formidable and dictatorial mother-and-daughter team, the WSPU saw votes for women as paramount. They became more concerned to win friends at the top than to win working class support, and this estranged them from Sylvia Pankhurst whose main efforts were directed at women in London’s impoverished East End.

Increasingly their outlook diverged from longstanding suffrage campaigners like Isabella Ford of Leeds whose deep involvement with and commitment to women textiles workers fed and informed her support for votes for women. But at local level relations between ILPers and the WSPU were not always quite so tense and there were some who continued to belong to both.

The outbreak of the first world war, which was to have a profound effect not only on the British labour movement beut on the course of European socialism, overshadowed the fight for women’s suffrage. However, by the end of the war the government had accepted the principle. In 1918, women over the age of 31 were given the vote. It had taken 30 years persistent and varied campaigning to achieve (it took another decade before women over 21 to be enfranchised).

The war shattered the apparent unity of the European socialist movement which had pledged to oppose the fighting. With a few honourable exceptions, most national parties backed their own government’s war efforts.

In Britain, ILP members actively opposed the war although, characteristically, this was for a range of different reasons. Many working class members were committed pacifists. The British labour movement was split in its attitude to the conflict and to the later introduction of conscription.

While Labour parliamentarians participated in Lloyd George’s war cabinet and trade union leaders toured the country appealing for men to take up arms, thousands of young male ILPers were jailed for non-cooperation and many thousands of women ILPers crusaded for peace.

Trade union leaders also co-operated with industrialists in controlling the manor industries and much working class resistance to the conditions imposed from above too on a syndicalist character. The Russian revolution, particularly the overthrow of the czar in February 1917, was welcomed by the Left in Britain. There was a greater ambivalence about the Bolshevik revolution that October but these dramatic events did contribute to a wider self-confidence and radicalism among many workers.

The Great War is said to have killed Hardie (who died in 1915 shortly after making a most moving speech in Bradford) but it helped make the Labour Party. Not only did it gain experience in government, but war-time controls strengthened the view that state intervention was not only possible but achieved results.

Read other extracts from The ILP: Past & Present here, including:
ILP History 1: The Early Years
– Great Expectations
– Beginnings in Bradford
– Independent Women
– Living for that Better Day
ILP History 3: Labour’s Rise and Disaffiliation
– Strongholds of the ILP