Marc Stears, Professor of Political Theory at Oxford University, spoke at Leeds University earlier this month on democracy and the politics of protest. BARRY WINTER reports.

Stears began by explaining that he is seeking a meeting point between theory and practice in contemporary centre-left politics.

Following the fall of Gordon Brown, the Labour Party began to rethink its politics, and he organised a series of seminars at Oxford University involving professional politicians, activists and academics. 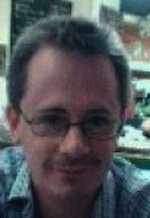 The discussions became more public than he had imagined, particularly those around Maurice Glasman and Blue Labour. The whole thing became a media phenomenon, he said, and in the process the broader discourse was besmirched.

In this talk he sought to revisit some of the ideas raised in the earlier conversations before they became popularised or bastardised, depending on how you see it. The discussions raised some penetrating questions for contemporary, social democratic thought, and he is now seeking to focus those ideas on the recent Occupy movement.

As the participants at the Oxford seminars saw it, the problem with third-way social democracy was its attempt to combine free market economics with residual egalitarian distribution: it was where Fabianism meets Hayek. The Fabian side remained committed to egalitarian politics through the agency of the state; it recognised market failures and the inegalitarian outcomes from market forces. Together with tax credits, the aim was to make public services more equal but it became increasingly centralised and monitored heavily in the process.

Stears argues that this combination was missing a dimension: experience, namely, how individuals and communities experience change. Something was missing from their politics, the explicitly experiential, or what Jon Cruddas calls the ‘romantic part’, the emotional and spiritual dimensions.

Stears drew on the work of the influential late 20th century philosopher, Martin Buber, who argued that there are two forms of human relationships: ‘I-It relationships’, and ‘I-You’ (or ‘I-Thou’) relationships in which people relate to each other as fellow human beings. In line with Polanyi, Buber argues that capitalism constantly pushes us into objectifying human relationships, treating other people as objects, and interacting as commodities not as colleagues or comrades. I-It relationships are means to an end, not ends in themselves.

Both modern capitalism and the modern state move in that direction, but Buber argues that this is not enough for human life. We need less controlling relationships, but both markets and states find that difficult. Human interaction is unpredictable and involves contingency but it can be richly rewarding. The I-It relationships of states and markets sap our emotional lives.

In Gordon Brown’s politics the relational and experiential dimension was absent; there was no solidarity or warmth, actions which generate risk. Yet, without these, the human spirit is destroyed.

Yet traditional socialist texts recognise the importance of fellowship. The sociologist, Emile Durkheim, for example, warns of the dangers of the state, which finds unpredictability difficult to cope with and attacks contingency, which is the stuff of life.

In The Acquisitive Society, Richard Tawney, like Durkheim, attacks market rationalism for generating a transactional mindset. Richard Titmuss wrote that the blood donor scheme worked best when it was based on voluntary consent: it generated a virtuous circle. Neither coercion by the state, nor monetary incentives through the market produced better outcomes.

Under New Labour, higher education was subjected to both state and market pressures. There was a constant state monitoring from above, while pressure from below came from students seeking customer satisfaction. In the process, New Labour forgot about the importance of the experience of higher education.

It was when those involved in the Oxford discussions were considering how to restore the relational to politics that their deliberations went public. The ideas were reduced to a supposed longing to return to the cuddly 1950s, a nostalgic vision of the post-war past. But that is not how you build politically, not from some imaginary Britain.

So what are the preconditions for a politics of relationality? There are four components to this form of politics, according to Stears: place, time, organisation, and power.

Stears argued that it is easier for people to relate to politics through a particular place, whether that’s a street, a community or a university. Detached cosmopolitanism has little appeal for most people. In the politics of place there is room for nostalgia. Labour itself began within particular communities, and was associated with locality, local pride, and local trade union banners.

The social democratic Labour Party forgot about the importance of place, the need for distinctive local experience. Yet even multinationals with their branding strategies, identifying their products with particular places, recognise its significance.

The politics of time is also vital, he said. In late capitalism, many people are time-poor. Even in the workplace, there is much less socialising than in earlier periods. People sit all day in front of their computer screen and even eat alone at their desks.

Many people are forced to do two jobs to make a basic living which takes them away from family and friends. Hence the importance of the living wage campaign which has been successful, not because of the wage increases, as such, but because it frees up people to do other things. People don’t want to work all the time. Time is a precondition for effective social relationships. Family life and community is enhanced by living wage policies.

The politics of organisation is the most controversial of the four categories. Durkheim said that humans construct institutions that outlive us, that we develop long-term loyalties to organisations that are important.

Recent geographical research in Baltimore indicates that independent organisations have collapsed. Sports clubs, church groups, trade unions and so on, have ebbed away, leaving individuals increasingly isolated. The lack of organisations makes it much harder for people to interact, hence the growing importance of, and attention to, community organising in the US.

There is a pressing need to create effective organisations to re-stitch society together through social interaction. This particularly applies to working class life in the States.

Empowerment is also central to establishing effective political relations. People are able to relate when it is in their self interest; it provides them with the incentive to combine. As de Toqueville argued, this is about devolving decision making, not taking it away from people. Some kind of devolution of power is essential.

The politics of protest

Clearly public policy directly relates to these four dimensions. But how do these dimensions, which stress the importance of continuity, relate to the politics of protest?

Tradition may be the glue that holds people together. The philosopher, Alistair McIntyre, has argued that people need traditional communities so that they can relate to each other. But this approach has a deeply conservative bent, so more radical political forms are needed.

The Occupy movement has been a remarkable development. The problem with many cities in the UK is where to occupy. Occupy City of London was most effective because it set up camp where it could highlight the immense corporate power of banking and finance.

The actions of the camp captured imaginations and were about the politics of time as well as space – it involved people spending time together, camping and talking, not just being on a demonstration for a couple of hours.

When it comes to organisation and power, the Occupy movement was more problematic. Enamoured with spontaneity, the people involved have been unable to establish longer-term organisational forms.

In addition, while the movement raised important issues it did not identify precise demands that could be met immediately. To stay together politically you need to build effective relationships, make advances, and win more concrete power.

The four preconditions of relationality can be used to assess both local and national forms of struggle. It is not about pursuing one dimension of politics but of uncovering all relational possibilities.

Stears concluded that politics has to respond positively towards communities and their traditions – in contrast to the top-down politics of Fabianism and the Blair and Brown governments which were hyper-rationalist and which pathologised traditions. New Labour’s excessive monitoring and social control was not the way to secure consent.

Tradition is integral to people’s views of the good life. We have to start where people are. Political institutions will have to combine strong disagreements and supportive relationships.

Marc Stears, is Professor of Political Theory at Oxford University. He was speaking at Leeds Centre for Democratisation Studies, University of Leeds, on 8 March 2012.

He contributed to the ebook, The Labour Party Tradition and the Politics of Paradox which is available from Soundings and has written a pamphlet on Everyday Politics for the IPPR.

On political developments in the US, see Jeffrey Stout (2010), Blessed are the Organised: Grass Roots Democracy in America.

Click here to read the ILP’s interview with Maurice Glasman.