In recent months, Will Hutton has been delivering a series of well-attended lectures on the prospects for developing what he calls a ‘good capitalism’ out of the crisis of ‘bad capitalism’. Here BARRY WINTER provides a summary of a lecture Hutton gave in Manchester recently, supplemented with selected quotes from his publications and speeches, and comments on what Hutton is saying.

The lecture: History’s joke – extinguish the left and create a first order crisis of capitalism

There are two developments that have both been astonishingly profound for our society. First, there is the scale of the crisis in capitalism itself. Secondly, in the longer term there has been a chronic over-accumulation of resources for some, combined with under-consumption for many. The results have been a massive misallocation of resources and the immiseration of much of the working class. We’ve had a scorched earth economics without compassion.

While the banks invested heavily in property, they neglected manufacturing, not only in the UK but in the US and the EU. 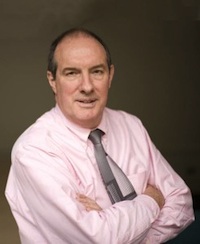 Four years into the crisis, we are not seeing signs of an economic revival. In comparison, by 1933 the leading economies had returned to their levels of output in 1929 before the crash. You have to look back to the economic crisis of the 1870s/80s for a crisis as long as the one we are experiencing now, although this time, there is no empire.

This raises tough questions about how the UK economy is going to make its living in the world. The answer is not to socialise the means of production, although the foundations of capitalism are rotten.

However, there is some recognition that change is needed. The new head of Barclays Bank said that he saw his job as restoring trust in banking in both the short term and the long term. In contrast to her brother, who claimed that profit is the sole purpose for entrepreneurs, Elizabeth Murdoch argues that profits unattached to purpose and morals are what led News International into its problems.

The mood is changing – as it must – in response to the magnitude of the problems we confront. Calls for a responsible, stakeholding capitalism are challenging the received economic wisdom.

We have seen the financialisation of the Stock Market. Where the average length of time for holding shares was once seven years, it is now seven months. The Stock Market no longer supplies money for investment. In the last decade, 900 companies have left it, buying back their own shares. Therefore, the crisis is not only financial but a crisis of ownership. Notions that too much ‘red tape’ is what’s holding back enterprise not only misunderstands but trivialises where we are.

These developments betoken the death of Conservatism. With his mistaken policies, George Osborne, will be the last Conservative Chancellor of the Exchequer. The coalition government can’t survive and won’t be re-elected.

Bad capitalism has been the cause of the crisis and the question is whether we can build a good capitalism in Britain.

A good capitalism requires the following:

Bad capitalism stands opposed to all these. In its place, we need to rethink macro-economic policy; to involve and engage a variety of enterprises; to rebuild our infrastructure; and to display much greater environmental awareness. Inequalities are putting social bonds at risk and the arguments of the authors of The Spirit Level have should underpin how we proceed.

To progress, we need a coalition for change, involving the British regions, new forms of trade unions, enlightened business and enlightened labour.

On the rotten culture of British banking

“Investment banking is an organised scam masquerading as a business. It is defined by endemic conflicts of interest, systemic amoral behaviour and extreme avarice. Many of its senior figures should be in prison or disgraced – and would have been if British regulators had been weaned off the doctrine of ‘light touch’ regulation earlier and if the Serious Fraud Office’s budget had not been emasculated by Mr. Osborne.”

“A rotten culture does not emerge from thin air. It emerges from structures that encourage rotten behaviour – and Britain, following the false gods that free markets and financial services were its economic future, created such structures big time, cheered on by a cross-party alliance.”

“Bankers have created a gambling culture without moral borders.”

“London can no longer be the wild west of international finance where American and European law can be flouted.”

“Reforming finance … [means] laying the basis for a remoralisation of our economy. But it also means confronting the biggest lobby of them all – big finance.”

“Bad capitalism … is a universe of bloated incumbents, politically fixed markets, productive entrepreneurs forced to the sidelines and too little public investment. It cares little for the condition and risks of the people.”

“The struggle to build a good capitalism and an open society has its roots in the European Enlightenment.”

“A company is a social organisation that has to harness lots of people’s talents. You don’t achieve that if a small coterie at the top captures everything. Fairness is an essential element of well-functioning capitalism.”

“A good capitalism has two key properties – a system of business ownership in which the returns to the owners and managers is proportional to the risk being undertaken, rather than winners taking all, along with politically and socially constructed institutions that help mitigate risk.”

On the left, morality, politics and the future

“Politicians are at their most effective if they have the moral wind behind them. The great thing about the left up to the mid-1970s was that building a socialist Jerusalem was a genuine moral cause. It led to the creation of the NHS and many of the better parts of the welfare state, and to a university system that has become one of the best in the world.”

“The left has to understand what capitalism properly managed can deliver: and then to demonstrate the paradox that only the left can provide the political tensions that biases capitalism towards the good.”

“The left’s mission is to hold capitalism’s feet to the Enlightenment fire – and make it work best to meet the ambitions and needs of ordinary people.”

“Fairness is the indispensable value that underpins both good capitalism and the good society, and it will be the foundation stone of any sustainable new order.”

The commentary: For a coalition against the Coalition

Hopefully, this account of Hutton’s arguments gives something of the flavour of both his political outlook and his proposals for change. Of course, he says much more which could be addressed, including ideas for a reformed trade unionism and views on innovation – but that is for another time.

Let’s begin by acknowledging that his work is impressive and that he has a long record of stimulating important debates on the state of British society and politics, and the direction of – and need for – social change. He has done so regularly through his columns in the Observer and in a range of publications dating back at least to his influential book, The State We’re In, published in 1997.

To return to his lecture: while I hope he’s right in predicting the demise of both Conservatism and the coalition government, I don’t share his certainty. Sure, they are in deep trouble. However, we are experiencing a profound, political crisis which makes me more cautious about what the future holds. Political disenchantment – predating the economic crisis but sharpened by it – is now rife. That makes for a very fluid situation, nationally and internationally. Indeed, the formation of the Conservative-Liberal coalition is itself a product of these growing uncertainties. It is hard to be sure where all this will lead.

This is not a call for inaction, quite the opposite. For the paradox is that politics remains imperative for any prospect of building a better future, even though so much of it is discredited. Political engagement is as crucial today as it it ever has been. The question is what is the character and direction of that politics to be, and how we might secure the broad endorsement and greater engagement of wider society.

In Hutton’s case, the political question focuses on whether it’s possible to build a good capitalism. To what extent is it a feasible project and, if not, what are the alternatives? It would be easy to offer the standard leftist response by citing Richard Tawney on capitalism in the 1930s: ‘Onions can be eaten leaf by leaf, but you cannot skin a live tiger paw by paw: vivisection is its trade and it will do the skinning.’

Arguably, Tawney was both wrong and right. Following Labour’s post-war reforms, a generation experienced materially better and more secure lives than ever before. This encouraged social democrats to adopt the comforting belief that the capitalist tiger had indeed been tamed. The results were certainly impressive but, in time, the beast turned round and bit back. Now the coalition seems hell-bent on reducing what remains of those reforms to ashes.

But when Hutton speaks of the need for the re-moralisation of capitalism, I hesitate. Sure, I can go along with the proposals to reform and restrain capitalism he suggests (reflected in Ed Miliband’s more vague call for ‘responsible capitalism’). More than that, I welcome and would support the changes he advocates as the basis on which to challenge the coalition government.

I would argue we need a re-moralisation of society and politics, and we need to build a progressive movement on ethical and socially-just foundations (echoing the work of the early ILP). But whether you can make capitalism itself moral is different. I’ll settle for making it behave itself, knowing that even a caged tiger will always be restive.

The lesson of recent decades is that there is no room for complacency when dealing with the forces of capitalism. By its nature capitalism is both creative and destructive: it is a system prone to crises of different intensities. Freed from restraints it can undermine the very foundations upon which it rests – as we so recently experienced – leaving the ‘99%’ paying the price.

Let’s have a coalition against the Coalition, as Hutton advocates. Let’s support the call to construct a good capitalism. But let’s never forget that it will take massive efforts – not just from the Labour Party but also from lively and engaged social and political movements – to keep the creature in its corner. As Hutton writes: “The paradox is that only the left can provide the political tensions that biases capitalism towards the good”.

Will Hutton is chair the Big Innovation Centre at the Work Foundation, principal of Hertford College, Oxford, and an author of many books, including Them and Us: Politics, Greed and Inequality (2012) and The World We’re In (2012).