An article by ARTHUR RAISTRICK written in September 1947.

The most familiar tree on the barer limestone uplands of Yorkshire is the stunted hawthorn, gnome-like in the fantastic attitudes adopted by its trunk and branches. Unconsciously, almost, it forms the inevitable ornament or relief to our remembered picture of clints or limestone scars. It would be hard to find any place devoid altogether of thorn bushes, except on the highest fells. It is a tree rich not only in the fantasy of its shapes, but rich also in legend and in popular estimation. 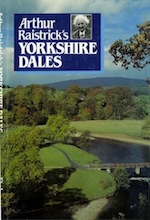 We all know it as the ‘May tree’, and in that name we are perpetuating the custom of centuries. From a time ‘beyond the memory of man’ the May Day sports of rural Britain have been the occasion for the welcoming and the use of the may flowers. In the time of Henry VIII, the citizens of London, on the eve of May Day, went to the woods of Highgate, Hampstead, Greenwich and other places to cut branches and to collect the flowering may for the decoration of their houses. The may made the garland for the top of the maypole and crowned the May Queen. In ancient Greece it was venerated as the emblem of hope, and in Rome its wood was always selected to make the torches carried in nuptial processions and nuptial banquets. The flowering of the hawthorn or “white thorn” could be counted on for May Day, and the lovely fragrance and the generosity of its blossoming made a perfect setting for the real spring holiday.

Among the many legends associated with hawthorn none is better known in this country than that of the Glastonbury thorn. It is said that Joseph of Aramthea and twelve companions came to Britain to preach the gospel. Weary with their journey they lay down to sleep on the Isle of Avalon, Glastonbury, where Joseph struck his thorn staff firmly in the ground. When they awoke a miracle had happened, the staff had rooted and burst into flower, a sure and definite sign that this was the place where Joseph intended to stay. Glastonbury was founded, the thorn tree continued to flourish and was known for many centuries; it was destroyed partly at, and partly later than the Reformation.

An Irish belief, that is of occasional occurrence in the North of England says that no-one will thrive after rooting out an old thorn tree.

In Yorkshire –thorn is a very common place-name element and this suggests that specimens of outstanding quality or number were a feature of the landscape some thousand or more years ago when the names were being given. Thornborough, Thornbury, Thorncliffe, Thorn and Thornes, Thorner, Thorngate, Thornhill, Thornholm, Thornthwaite, with, perhaps the very curious Thormgumbald, come to mind as Yorkshire examples, while listing Thorntons are so numerous that many examples of them have to have a distinguishing suffix  – Thornton-in-Craven, -le-Dale, -le-Beans, -le-Clay, -in Lonsdale, -le-Street, and Thornton-on-the-Hill do not exhaust the list. As a compound name, -thorn is less common, but still can be found as in Skyrethorns, Brockthorns, Paythorne, etc.

The extensive occurrence surely gives us some justification for regarding the thorn, whether white- or black-thorn, and in some other varieties as well, as an integral part of the Yorkshire scene. The compounds with -thorn have been made by Angle, Dane and Norseman with many medieval and later distinguishing suffixes, so that no age or racial group in Yorkshire’s history can claim a monopoly – all alike have shared the respect and vernation paid to this humble tree.

You can read Barry Winter’s profile of Arthur Raistrick here.