We’re often told that radical young people are turned off by mainstream parties and parliamentary politics. Not 17-year-old LIAM COOK. Here, he describes his own political journey – from anarchy and apathy to Labour (and the ILP).

Being born in 1996 offers me a very strange outlook on British politics. I can remember, clearly, my father’s post-Thatcher enthusiasm drain as our ‘Dear Leader’ Tony Blair systematically destroyed the party he’d spent so long hoping would succeed. 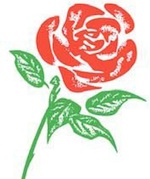 I watched the crosses move from the rose to the birdy-orange-one as Charles Kennedy fought the good, weak social democratic fight and then, reluctantly, back to the red box as he inevitably failed, next to the names that had been run through the dirt for the past 10 years.

By the time I was politically active, I had nothing to support. In times gone by, my 15th birthday would have come with a Labour Party membership slip and a self-addressed envelope. Instead, it came with news of the slow privatisation of the NHS, an NHS I was going to be relying on more and more as conditions progressed, and a feeling of powerlessness to stop it.

At 16, I attended a meeting of the Socialist Party, to no avail. There were more beards than workable alternatives, more leaflets than ideals. Then I met with the Anarchist Party of Huddersfield (as idealistic and functionally ineffective as it sounds).

On a particularly drizzly and depressing Huddersfield afternoon, I popped into the local Labour Party offices. The sad looking bespectacled man behind the desk handed me, with great reluctance, a few forms and leaflets before adding, “I wouldn’t though, mate. They’re all useless around here.” (In fact, “useless” is a more polite term for what he actually said.)

So, at 17, I was clueless. My schoolbag was bereft of badges adorned with witty slogans and cute graphics. The only political iconography to be found was on the clueless punks or thoughtless tankies, seemingly held together by their collective ignorance.

Antonio Gramsci wrote that the biggest tool of capitalism was apathy. If people are apathetic, they allow the oppression to continue; it’s better the devil you know than the alternative you don’t. He also said that the biggest issue for the left was apoliticism, which the left itself seems to further via its view that a select minority of intellectuals, and only they, can create change. Reading Gramsci began to reverse my own rampant apathy and apoliticism.

But it was Miliband who put the fire back in my desire to be part of the Labour movement – and I don’t mean Ed. I found Ralph Miliband’s Parliamentary Socialism and Socialism for a Sceptical Age in the library next to the already well-thumbed Tony Benn titles, and from it I gleaned a sense of how the parliamentary system could be used for one’s advantage. Radicalism could come from the seats of parliament far more effectively than from academics in pub conference rooms.

It was the vote against intervention in Syria that solidified my views. The millions who marched against war had won their first victory – but only with the help of the hundreds who represented them.

The Labour Party was still a bitter pill to swallow. Miliband the Younger made no effort to say he will reverse the cuts put in place by the incumbent government. It still felt hopeless just to sit with the men in tweed jackets and shout, with little being accomplished.

On a whim, I looked to see whether the Independent Labour Party was still around. I remembered from GCSE history that the ILP was quite influential on my political beliefs, and was reminded of them by the mural in Bradford (above) which greeted me on my daily bus ride to college. I learned that not only did they exist, but they were just around the corner. It was a no-brainer to take a look at their current form.

It was a breath of fresh air to see a Labour-aligned pressure group that came so close to my own views on radical socialism within a parliamentary system, and also aimed to be proactive in getting things done. It seemed to combine intellectual debate and academia with support for direct action by groups such as the People’s Assembly, while also retaining a knowledge of the second step of direct action – the part where the point gets actioned by those in power. You may have a good idea, but unless you work at it, that good idea will stay an idea for ever.

This, happily, is where my current story ends: what can be done is yet to be seen. All I can say is that I am incredibly hopeful about where I happened to end up, and cannot wait to stop searching and start doing. Maybe the future can be better than Orwell’s vision of a boot stamping on a man’s face, or at least we can help to make it slightly more padded.

Liam Cook is studying philosophy, history and physics at York College. You can follow him on twitter @liamistrying.