The ILP played a major role in the anti-war and no conscription movements during the First World War. Many were gaoled, and many abused for their principled, political opposition to the conflict. Yet, not all ILPers became conscientious objectors, as IAN BULLOCK explains.

In retrospect the 1914-18 war became known as the time when the Independent Labour Party was tested and not found wanting, when it stood firm – almost, if not quite, alone – against the evils of militarism and upheld the internationalism of socialism when others flinched and buckled; when it kept the red flag flying. Many of those members who became the most prominent figures in the ILP between the wars – notably Clifford Allen, Fenner Brockway and Jimmy Maxton – were conscientious objectors. 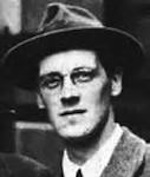 There was enough truth in this image to justify the pride taken, though, as usual, things were a little more complicated in reality. In Inside the Left, published in 1941 in the early stages of another world war, Brockway (left) tells us that there was a spectrum of attitudes to the war within the ILP and that about a fifth of the membership “succumbed”.

One such was Clement Attlee. Unlike his brother Tom, who became a conscientious objector, Attlee joined up, took part in the ill-fated Gallipoli campaign, was badly wounded in what is now Iraq, and ended the war as a major. This did not stop him returning to the ILP and playing quite an important role in it during its early post-war years.

The war was unexpected. Brockway recalled how he was urged to “talk about Ireland, not Serbia” when he tried to warn of its danger during a speech in Oldham 10 days before hostilities broke out. When it came, the war struck Keir Hardie “like a physical blow and a spiritual blight”, and many of his friends and comrades were convinced that it contributed to his early death in September 1915.

The bulk of the ILP stood firmly against the war but, as Brockway says, “We were not revolutionary socialists. We were democratic pacifists.” Not that this was in any way an easy option. Opponents of the war needed almost unbelievable reserves of courage. And not only moral courage. Brockway tells how, in the early months of the war, he was beaten up by five men after a meeting at Marple. After conscription was introduced in 1916, conscientious objectors suffered horribly – they had never been seen before in a country that had previously relied on volunteers to fight its wars.

It is tempting to give over the rest of this article to their terrible experiences and to the campaigns waged in Glasgow by the Clyde Workers’ Committee and to the gaoling of Maxton for sedition after he had publicly supported the local strike when several of the committee members, including another prominent ILPer, David Kirkwood, were “deported”. But, suffice to say, the No Conscription Fellowship was formed by Brockway and Allen to organise personal resistance to the war. This was one of two important wartime organisations in which the ILP played a key role. The origins of the other went back to before the outbreak of war.

Root of the matter

In the years before 1914 Fred Jowett, a Labour MP and founder member of the ILP, had continually pressed Grey, the foreign secretary in the Liberal government, on whether “any undertaking, promise or understanding had been given to France that, in certain eventualities, British troops would be sent to assist the operations”, and he was told, “The answer is in the negative.” As Jowett told the ILP annual conference in 1917, “The country had been deceived. I had been deceived.” 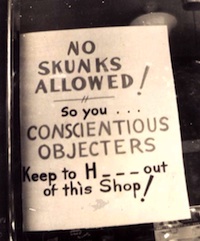 From 1914 Jowett was one of the many ILPers active in the Union of Democratic Control (UDC) which campaigned against “secret diplomacy” and for peace on the basis of national self-determination and international disarmament after the war had been brought to an end by a just peace. Ramsay MacDonald was a signatory of the letter that led to the UDC’s formation. Its first historian, the former UDC activist and feminist, Helena Swanwick, would later write, “The Independent Labour Party from the first needed no conversion. It had the root of the matter, and from ILP members the Union received some of its best support.”

MacDonald had resigned as chair of the parliamentary Labour Party on the outbreak of war but his position seemed less clear and more equivocal than that of many of his comrades. Writing in the 1950s, Emanuel Shinwell said that “He was neither for the war nor against it.” When he spoke his audiences “heard a man who loathed past wars, regarded future wars with abhorrence, but carefully evaded giving his opinion on the basic question of the current one”.

This did not stop MacDonald being pilloried as an opponent of the war, especially at the “khaki election” of 1918 when he and other ILP MPs lost their seats. Before this the appalling Horatio Bottomley targeted him in his popular John Bull magazine, even going to the length of publishing MacDonald’s birth certificate to smear him as “illegitimate”.

The Woolwich constituency had been held since well before the war by the veteran trade unionist and Labour MP, Will Crooks, and was regarded as a “safe” Labour seat. When ill-health forced Crooks to retire MacDonald looked poised to return to parliament in the subsequent by-election in 1921. But he was defeated by a Coalition-Conservative candidate, Captain Robert Gee, VC.

MacDonald lost by only 683 votes and many angry members of the ILP and the Labour Party believed the Communists, and their allies in the “Left-Wing of the ILP”, were responsible because of their divisive attacks on him and their campaign for abstentions, although his perceived position on the war was clearly a significant factor.

But the tide was starting to turn and soon a growing proportion of the British people began to recoil from the apparently pointless horrors of the war and to at least consider the possibility that the ILP had been right all along in opposing it.

The Woolwich by-election took place in March 1921. At the general election at the end of the following year the atmosphere had changed sufficiently for many ILP candidates, including MacDonald, to be returned. Within the parliamentary Labour Party there were enough ILPers to secure MacDonald’s success in the leadership election against Clynes, who had served in the wartime coalition government, though only by a margin of five votes.

After the election at the end of 1923 the ILP accounted for 120 of the 191 Labour MPs and MacDonald was able to form the first Labour government. It was, of course, a minority one and Labour was not even the largest party in the Commons, although that changed in 1929 when MacDonald formed his second, ill-fated, government. Clearly, opposition to the war was no longer the electoral curse it had been in the “khaki election” of December 1918.

In August 1922, Minnie Pallister, the ILP organiser for south Wales, was encouraging ILP members to feel confident in asserting how right the party had been. “We were right on the War. We were right on the Peace. We were right on Reparations,” she proclaimed on the front page of Labour Leader. Just before the outbreak of the Second World War in 1939, the ILP, which had disaffiliated in 1932, looked poised to rejoin the Labour Party – but war intervened and once more the ILP opposed it.

But by 1949, an equivalent period after the end of the hostilities to the appearance of Pallister’s article, few thought that, in retrospect, the ILP had been right. The 1939-45 war seemed to most to have been a grim necessity, even a ‘people’s war’. But then, as the example of Attlee shows, there had been some on the left who believed that in 1914.

Ian Bullock writes about the relationship between socialism and democracy. He is the author of Romancing the Revolution: The Myth of Soviet Democracy and the British Left, and co-author, with Logie Barrow, of Democratic Ideas and the British Labour Movement, 1880-1914.

Also see Ian Bullock’s ‘What Can We Learn from the Inter-War ILP?’, plus ‘A Living Wage: A Policy with History’, and ‘Disaffiliation and its Aftermath’.

His profile of Fred Jowett is here

We aim to publish a series of articles in 2014 on the ILP and the anti-war movement during World War One. See: ‘Remember Those Who Refused to Fight’.