Labour must deliver on the promises made to Scotland argues HARRY BARNES but difficult and complex constitutional puzzles remain.

Labour’s response to the result of the Scottish referendum and to the promise of further devolved powers to Scotland must first of all be to press to deliver what has been promised. Yet we also need to work towards a federal-style structure for the United Kingdom in which equal and co-ordinated powers will be held (as near as is possible) by Scotland, Wales, Northern Ireland and the regions of England. 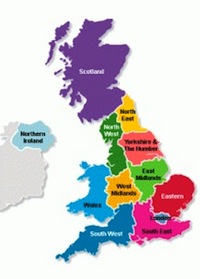 In the meantime, MPs from Scotland should retain the same rights in the Commons as other MPs. For they will have been elected to a UK parliament. We should not even have a passing provision in our constitutional practices for first and second class MPs. It undermines the democratic process.

In moving for a federal structure for the whole of the UK we need to resolve two major problems.

First, what will the people of Northern Ireland agree to for their own internal arrangements?  Under a federal model, the province would be a small and barely viable unit within the UK, with a population of only 1.8 million. Then if they were offered a significant federal status, this would be seen as a form of detachment from the UK. This is a position that is likely to be rejected by the majority of the Unionist population. Moves to introduce a federal solution in the province, could even lead us back to major paramilitary conflict.

Secondly, what is an appropriate federal structure which should be shared across England?  If England were to become a single federal unit, then the UK pattern would become constitutionally and politically lopsided. England has a population of some 53 million, Scotland 5.3 million, Wales 3 million and Northern Ireland 1.8 million. Powers devolved to a large area such as England would need to be different from those devolved to our neighbours.

There is, therefore, a case instead for establishing a number of federal units within England. But how many and where? There are different degrees of local identity across Scotland, Wales and Northern Ireland. But what local regions do those living in England identify with? And what structures would be an improvement in terms of democracy and social justice?

But how far do people operate within and identify with these regions? Perhaps an examination of traffic links could be used to give these potential federal units adjusted boundaries. Then there are other indicators of interconnections, shown in maps of the geography of UK phone and the like. It might be possible to roughly amalgamate some of those linked areas.

A pattern of major amalgamation of the above regions could give us, say, three federal units for the UK. There could be a Northern federal unit, running from say Manchester, the populations of the North West, North East, Yorkshire and Humberside coming to 14.9 million. Then there could be a Midlands federal unit running from Birmingham. The populations of the East Midlands, West Midlands and the East of England come to 15.9 million.

The largest city in the remaining Southern federal unit (of 22 million) is London, although it might be worth looking for an alternative centre for its federal unit. For Lands End is almost as far away from London as Newcastle is. Again traffic flows, phone-links, etc, might lead to adjustments of the boundaries of such three federal units.

So it looks as if we are looking for between three and nine federal units within England, which have to make sense to their populations whilst advancing democratic participation and economic and social justice. Then what is proposed for the internal powers of each federal unit? How far can we find a fairly common pattern that will be acceptable to people of Scotland, Wales, Northern Ireland and the English regions? How far will the federal powers need to be identical within each federal unit? Will these powers need to be guaranteed within a new written constitution?

None of this can begin to be sorted out on the back of fag packet. We need (a) to pass greater powers to the Scottish Parliament as a consequence of referendum promises; (b) retain Scottish MPs powers at Westminster for the time being; and (c) engage in a constitutional convention to help us establish a federal or federal-style solution.

This will be no bad thing if it eventually comes to involve something of the degree of political participation which we have recently witnessed in Scotland – as long as it does not go over the top in the streets of Belfast.