WILL BROWN reports on how two of Jeremy Corbyn’s leadership rivals performed at recent public meetings in Sheffield.

Much has been written about the Corbyn campaign and the obvious attractions of his candidacy are there to see. But for those who retain serious doubts about his ability to unite and lead the party, about his stances on foreign policy issues and his electability, consideration also needs to be given to the other two main contenders – Andy Burnham and Yvette Cooper. 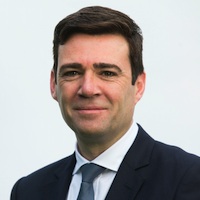 Both have spoken at packed meetings in Sheffield – Burnham at the end of July and Cooper last weekend (though neither attracted the size of crowd reportedly turning up at Corbyn’s gatherings). While both candidates have much to recommend them, neither has fully convinced.

During the campaign and in response to the Corbyn challenge, Burnham has clearly positioned himself towards the left, adopting increasingly radical stances on rail nationalisation, tax and schools. In recent days he has oscillated between joining in the warnings of a Corbyn victory and making conciliatory noises towards the Corbyn campaign clearly designed to attract the left of the party.

The Sheffield meeting was composed of a range of old party stalwarts and newer members and supporters. In general he was enthusiastically received when making leftward noises (more tax to balance cuts; a bank levy; comments on the NHS and schools) but had a more lukewarm response when arguing the need for economic credibility to be electable.

His claims to have the credentials of a leader rested on the fact that he played a key role in influencing Miliband over the Syria chemical weapons vote, helped to change Labour’s policy towards privatisation of the NHS, and led the argument against abstention on the welfare bill. On the latter, he argued that he followed the party whip out of collective responsibility and the need, should he become leader, to be able to credibly ask colleagues for their loyalty – a key weakness for Corbyn.

Burnham is also the first candidate to publish a full manifesto, as called for by Harry Barnes, though Cooper has since issued a wide-ranging series of pledges and Corbyn a set of policy documents.

The overall impression presented by Burnham is close to where we were with Miliband – he aims to reduce the deficit but do it more fairly, and has a smattering of other policies (such as rail privatisation) that push the offer leftwards.

His main criticism of the recent election campaign centres on the absence of a ‘bigger and bolder vision’ within which to set the ‘retail’ policy offerings. His key weakness, however, is that he struggles to articulate what his bolder vision is. When asked to elaborate he falls back on his ideas on unifying health and social care and creating a ‘whole person NHS’. These are admirable ideas and clearly his home turf, but they hardly amount to a political philosophy in themselves.

Too often in the discussion, Burnham retreated to boilerplate statements about Labour values and the disconnect between Westminster and the wider society.

True, he also made vague noises about the need for Labour to do politics differently, reconnect the party with its grassroots (though to him this seems to mean listening to Labour councillors) and have a more vibrant culture in the party. But as with other policy areas these were too vague to have real purchase. When questioned on the voting system and the role of registered supporters he was rather sanguine, arguing they would not be a large proportion of the electorate, a view that he may have revised in the weeks since.

In contrast to Burnham, Cooper has consistently come across as easily the better leadership performer and this showed in her Sheffield campaign meeting. Far more in command of her subjects, more articulate and more sure of her own position, Cooper came across as a much more accomplished politician – whether you think that is a good thing or not. 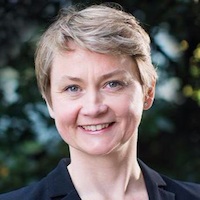 Unlike Corbyn and Burnham she has kept her policy offerings far too much under wraps until late in the campaign, but has published online a series of pledges on homes, child poverty, childcare, domestic violence, social justice, and other areas. Cooper rejected outright the idea that the deficit was too high under Labour, a stance that oddly places her somewhat to the left of Burnham on this touchstone issue.

In person Cooper is far more passionate and engaged than she often appears on TV and did a pretty good job of looking like a leader with drive and determination. She also handled contributions from the floor with little trouble. Indeed, there were some much sharper and more contentious comments from the audience, including from Corbyn-camp registered supporters. One of these indulged in a directionless and angry rant then walked out while Cooper was replying to her, which hardly contributed to a healthy debate.

The difference in tone between the two meetings perhaps reflects the increasingly fractious character of the campaign and Cooper was right to remind those present of the need for friendly and open debate.

If one of Burnham’s key weaknesses is his shifting positions on policies and on his rival candidates, Cooper’s Achilles heel is her links with Labour’s past. She clearly recognises this and makes a sterling defence of the achievements of the Blair and Brown Labour governments.

For some, though, she is still too much the machine politician and her speech, though impassioned, contained little that hadn’t been carefully trailed and diligently repeated at every meeting and interview over the preceding weeks. And her criticism of Corbyn’s energy nationalisation plan – that it just transfers control from one elite group of men in the boardroom to another in Whitehall – doesn’t tell us what her alternative would be to these options.

Neither candidate has really convinced when addressing how Labour needs to do politics differently. Given the marked changes in the party’s membership, recognition that Labour’s modus operandi needs to change if it is to reconnect with the wider electorate, and deep concerns about how the internal life of the party might evolve in the near future, this is a significant failing. Cooper was somewhat more convincing than Burnham on these questions, offering some limited but welcome signs of wanting greater involvement of members and supporters in an ongoing political debate within the party.

Recent days have seen a succession of Labour so-called grandees calling for the election to be manipulated by one candidate or the other dropping out. In the case of the ‘dark lord’, Peter Mandelson, this amounted to a plot for the whole contest to be torpedoed.

While every member has the absolute right to contribute to the leadership debate, these men – and they are all men – continue to betray an astonishing lack of awareness of the limits of their own influence and a complete absence of political judgement. With the partial exception of Gordon Brown, who made a substantial and powerful contribution last Sunday (16 August), all the anti-Corbyn messages will achieve is to solidify his supporters’ oppositionalist commitment and increase the level of rancour in the current debate. Nothing would convince me more to vote for Cooper than to hear this all-male old guard telling the two women in the race to pull out.

The nomination procedure – for all its faults – is complete; the voting procedures – for their faults – are set; the ballot papers are out and the voting has begun. However exasperated some may feel that none of the candidates combines the qualities and political visions we may wish to see, it would be a grossly undemocratic act at this stage to have one or more of them withdraw.

The former champions of choice from Labour’s past ought to know better. It is up to all four candidates still to show us their best pitch in the remaining three weeks before the polls close.

The ILP will be discussing the future of the Labour Party and the politics of radical hope with Compass in Leeds on 19 September. See here for more details and how to book.

See also: ‘Labour’s Leadership Election: A Problem Foretold’, by Will Brown
‘The Politics of Panic and Failure’, by Ernie Jacques
‘The Revolt No-One Saw Coming’, by David Connolly
‘Get Real: Corbyn and the Delusional Left’, by Gary Kent