Personal experience of RAF bombing in the Middle East meant ERNIE JACQUES paid close attention to the Commons debate on Syrian airstrikes. He didn’t much like what he heard.

As a conscript and rifleman with the York & Lancaster Regiment, I served in Aden in 1958/9 and witnessed RAF bombing of Yemeni insurgents – a terroristic level of violence carried out in the name of Great Britain. I was never informed – then or since – what it was all about, why I was there and what we were defending. 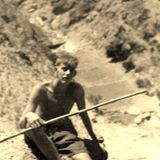 You don’t ask questions in the army, you just do as you’re told. You have to respond robot-like with unquestioning obedience and allow yourself to be bullied by those in command. In my day the army was full of tyrants and bullies; they had ways of dealing with nonconformity and disobedience.

On occasions my platoon would be ordered to scale mountain ranges in Dhala province (now Yemen) to identify so-called enemy movements in the valleys below and lay down huge white distance and direction markers to assist the jets from RAF Khormaksar locate, strafe and bomb those below.

In truth, we hadn’t a clue who were and weren’t belligerents, but ‘collateral damage’ (a term not in the lexicon then) must have been high. It was not something anyone, including myself, worried about. Why would we challenge anybody, not least the officers who knew the big picture and could differentiate right from wrong, and good from bad?

Only on one occasion did we break ranks, when sloppy targeting meant my own platoon nearly came under friendly fire. All of us deserted our posts and scattered down the mountainside without hesitation or concern about what the platoon commander, army hierarchy or the British state might think. It was one of the most judicious decisions I made in an otherwise unremarkable national service career.

Years later, and after a late education and independent research, I came to understand that the only thing us conscripts were defending was British imperial interests, trade routes and BP oil refineries, that we – working class fodder – were the front line against a south Arabian insurgency by Yemeni people struggling for national liberation.

Weirdly, I was by then one of those nondescript ‘brave army veterans’ (except I wasn’t), a term from the parliamentary jargon so beloved of politicians like David Cameron and Hilary Benn when they want to inflate a vacuous speech and garner votes to send the lower orders to do their dirty work.

No politician or army general considered that we might want to know the likely outcome – torture, mutilation and slaughter – should we be detained by south Arabian insurgents (and looking back in horror there were plenty of opportunities). In matters of war, our Colonel Blimp politicians and army top brass believe, in best Tennysonian tradition, ‘Theirs not to make reply / Theirs not to reason why’.

The politicians who sent us there were forever repeating the stale mantras about ‘brave servicemen’, ‘the best in the world’, ‘defenders of western values and democratic freedoms’, and so on. But in truth it was a little reported, lost war, followed by an ignominious withdrawal in 1967. No explanation or statement of regret came from the Westminster elites who sent their countrymen to Aden and lost their colonial possession.

Nearly 60 years on, the lessons have not been learned. Today Yemen is being bombed by the autocratic Kingdom of Saudi Arabia (an ally of the UK and a major purchaser of western arms), a campaign that has left thousands dead and millions injured and displaced. Amnesty International reports on hundreds of bombed schools and hospitals, and on the collateral damage of dead and injured children. Yet the silence from UK media and politicians is deafening. Money talks and it wouldn’t do to endanger our lucrative arm sales.

So I had more than a passing interest in the House of Commons debate on bombing Syria when 66 Labour MPs voted with Cameron to extend air strikes against ISIS into Syrian territory. Among all the ridiculous imagery, archaic language, braying, pomposity and name-calling, a packed Commons heard the usual platitudes and clichés about our brave forces, our unique values and Britain’s role in the world.

Labour’s war tendency was led by Benn, a man who has history insofar as he backed Tony Blair’s infamous Iraq war in 2003. Benn was widely praised for giving the speech that turned the day, one described as a rhetorical tour-de-force. But in reality it was a vacuous, lightweight and easily forgotten statement by a politician doing a volte-face from his position of 17 days earlier. Not surprisingly, there was no mention of the deaths, misery and cost that followed the Iraq war vote.

It was a call to arms laced with plenty of weasel words and horror stories, but weak on the need for a post-war peace plan and how this war on ISIS is going to be won. And there was nothing about what caused the ISIS evil, nothing about the aftermath of George Bush and Blair’s war in Iraq, nor the flood of weaponry into a country where people once considered moderate freedom fighters have somehow morphed into terrorists.

Indeed, if anyone came out of this debate with credit, it was not Benn or Labour leader Jeremy Corbyn but Tory MP John Barron whose contribution was rational and nuanced. He rubbished Cameron’s fig leaf of a peace plan, saying in effect that nothing has been learned and nothing will change until you follow the money and challenge Saudi Arabia, Turkey and others who fund, arm and support ISIS and other terrorist groups.

There was no word from Benn or the other 65 Labour rebels on that. Instead, during and immediately after the debate, MPs such as Tom Watson, Alan Johnson and Stella Creasy played the oldest trick in the political book, diverting attention from their voting behaviour by criticising comments made by Labour Party members who supported Corbyn’s stand.

Watson stirred the pot by labelling all Momentum supporters as a rabble, a degree of political spin not too dissimilar to Cameron’s claim that anti-war protesters are terrorist sympathisers, or the notion that all football supporters are racist. And Creasy made the abusive comments she received on social media the main focus of her concerns during a debate on going to war, one which will undoubtedly lead to many innocent people losing their lives.

How different to Corbyn, who has been an exemplary role model in the wake of unprecedented trolling and bad mouthing by the right wing press and by a significant body of Labour MPs. Of course, had things gone badly wrong at the Oldham West by-election later that week then the usual plotters would have put the boot in to him and his supporters via the press, television and social media.

Corbyn’s mistake was allowing a free vote to pacify and head off resignations by his shadow cabinet. Labour Party conference agreed four conditions to be met before it would back bombing in Syria, but when it came to the crunch Corbyn bottled it and put shadow cabinet unity and the sensitivities of a few right-wing Labour MPs above democracy, principle and the lives of innocents.

What is the point of people travelling to an annual conference, debating and voting on policy, if MPs are then allowed to do their own thing?