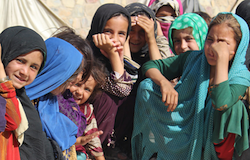 Struggles to effect change in the international sphere are often fuelled by a deep sense of injustice and intense interest among people everywhere. International reaction to the recent implosion of US power in Afghanistan was one demonstration of this. Israel’s assault on Palestinian territories in May was another.

And yet there is currently no institution dedicated to advancing the foreign policy concerns of progressive thinkers and campaigners, and it’s time there was. Such a radical, left-centred but independent think tank, dedicated to the study and investigation of British foreign policy, could be called ‘Orbis’, from the Latin word for world.

What objectives could such an organisation serve?

First, it should state clearly that it wants to challenge orthodox thinking on national foreign and security policy, to disavowe the ‘realist’ paradigms that have infused UK state models now and in the past.

Secondly, it should offer piercing critiques on various issues, such as British militarism; the US ‘special relationship’; the nature and diffusion of modern imperialism within a multi-polar world; imperialism’s impact in the Middle East, Europe and Asia; the emergence of new socio-economic power in countries such as India, Brazil, Turkey and the Philippines; and the threat of global jihadism to national security.

Thirdly, this new think tank would espouse policy alternatives informed by distinctly socialist and universal principles, putting forward, for example, a case for progressive nationalism and disarmament (both conventional and nuclear), and for democratising the British state’s institutions in order to move foreign policy away from elite orbits. A new post-Brexit and post-pandemic approach to traditionally hostile countries, such as Russia and China, could also be part of this emerging policy work, as would a repudiation of dated military blocs, such as NATO.

Orbis could fashion debates on international trade unionism (building on Emily Thornberry’s current thinking about workers’ rights and trade agreements, for example), and examine how socio-economic development can negate the de-stabilising impact of disease, poverty, conflict and uprooted populations across the world.

Such a think tank would not be just a rebuttal body, it would aim to construct new intellectual and policy perspectives of its own. This is an area where the left and Labour movement has a rich intellectual tradition based on internationalism and peace work, as well as post-colonial, feminist and Marxist approaches to the international order. 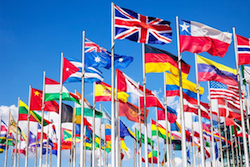 Surveys and polls could be useful tools to build evidence of public attitudes in an area that’s relatively understudied (although the British Foreign Policy Group’s annual survey on international matters has begun to correct this).

It’s an ambitious agenda, no doubt. But as Malcolm X once said, if your enemy is successful it’s because they are doing something right that you are not. Over four decades, the right has been building an impressively dense web of ideological think tanks – such as the Atlas Network, funded by wealthy donors – that have made constantly been making the case for lightly regulated free markets and other motifs of libertarianism.

Orbis may not be able to mimic its financial resources or access to government, but it can start to forge maverick positions using social media platforms such as YouTube and Twitter to promote policy and research, distribute articles, raise discussion, and front online debates. Such methods can bypass the often uncritical assumptions of British and western media, just as Novara Media has done by creating an audible presence in national political debate.

Such a think tank would not be alone, of course. It would be building on the excellent work of various organisations such as Declassified UK, the Oxford Research Group (now closed), and Middle East Eye, which have all proposed alternative views to the bulk of existing British foreign policy and security think tanks, the likes of Chatham House, the Foreign Policy Centre, the Henry Jackson Society and the Royal United Services Institute.

These and others are dominated by pro-Atlantic or pro-EU integrationist perspectives. They have for a long time levered prestige and institutional clout. At a time of growing worldwide ferment, and global movements against militarism, climate change and settler colonial injustice, it’s vital that this intellectual space is contested, not ceded. The hard work to establish such a body should begin now.

Kailash Kutwaroo is an independent researcher with a public policy background in local government, NGO and the public sector. He is planning doctoral study on the role of the UN safe areas in the Bosnian civil war of 1992-’95.

This is based on a longer article. If you would like to receive a copy of that please email the author: kailash.kutwaroo@virgin.net