The ILP had branches across Britain. In some places, it was not only strong but influential. Growth depended heavily on local political and economic conditions, and on the qualities and energies of the people drawn to the “rising sun of socialism”.

The first strongholds of the ILP were limited largely to the woollen districts of Yorkshire and parts of Lancashire. 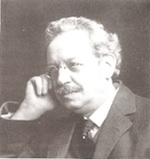 Bradford was a major centre. Here the Liberals were the ILP’s main political contenders for working class support. Influenced by the former textile worker, Fred Jowett (left), the ILP pioneered many of the city’s local government reforms. Activists built a solid political base – which lasted well into the 1920s and 1930s – resting upon a network of ILP clubs and a variety of social activates.

Halifax, a textile town with a radical tradition, became another early focal point. John Lister, whose wealthy but eccentric family had lived at Shibden Hall, Halifax, from the 17th century, was the ILP’s first national treasurer.

Across the Pennines in Lancashire, the ILP faced a popular working-class Conservatism. The ILP grew in Manchester and Salford, and in the cotton textile towns of Blackburn and Preston and it had a presence in Rochdale, Oldham, Hyde, Ashton and Stockport.

In Manchester, where Robert Blatchford initiated the influential Clarion newspaper, ILPers organised soup kitchens at times of high unemployment and challenged the callous attitude of the Poor Law Guardians.

In 1896, Manchester ILPers were jailed for speaking at Boggart Hole Clough, an open site taken over by the city council and long used for public meetings. After enormous protests the council backed down.

In Nelson, where the weavers were a major influence, there was a lively ILP branch which pre-dated the national ILP. The Nelson ILP set up its own institute and built the Clarion House, near Pendle, as a base to explore the countryside.

Outside Yorkshire and Lancashire, Leicester was the most significant of the ILP’s English outposts. The massive presence of radical trade unionists in the boot and shoe industry provided the backbone, as it did in Norwich.

In Wales, the working class had formed close bonds with Liberalism. At the end of the last century, these began to crack with the sharp upturn in industrial disputes among the South Wales miners.

The ILP developed a strong and active base in Merthyr Tydfil from where Keir Hardie was elected to parliament in 1900. In 1922, ILPer Richard Wallhead won the seta. The ILP ran the popular Merthyr Pioneer newspaper and a printing co-operative. It had its own football team.

In the 1930s, massive unemployment meant mass poverty in much of Britain. Wales was badly hit. Babies were said to be contracting rickets in their mothers’ wombs.

The ILP continued to have an important political presence during this period. It was very involved in the hunger marches from Wales to London to draw attention to the terrible conditions. In 1935, it joined with the 300,000 people throughout Wales who protested against the hardship caused by the means test. As a result, the government dropped some of its harsher proposals.

Scotland presents a rich and complex picture. Many of the ILP’s first generation of ‘leaders’ were Scottish. The Scottish Labour Party was founded in 1888, five years before the ILP itself. The Party in Scotland was then absorbed by the ILP.

But this early prominence did not mean that there was massive support for the ILP from the outset. Most of the ILP’s leading figures made their reputations only after travelling south.

The Scottish Labour Party had made little headway. This was because of the strong attachment to the Liberals in Scotland. In addition, the working class was deeply divided not only culturally (between the ‘respectable’ and the ‘rough’) as in the rest of Britain, but also nationally (Scottish and Irish) and religiously (Catholic and Protestant).

In time, these obstacles were partly overcome and the Irish question diminished. By November 1922, thousands of people were lining the streets of Glasgow to wave off the newly-elected Clydeside ILPers, such as James Maxton (left) as they headed south for the Westminster parliament. 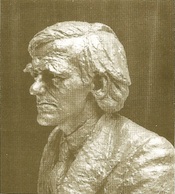 But this support had not been won easily. It rested upon hard-fought disputes to improve social and working conditions, a well as opposition to war. Working class women were at the heart of these struggles. Housing, particularly in Glasgow, was notoriously bad and yet rent were high. The ILP’s housing committee and the Women’s Labour League, initiated a city-wide housing campaign based on women’s neighbourhood groups.

Conditions worsened with the influx of workers during the First World War. In its first wartime edition, Glasgow ILP’s paper, Forward (which was later suppressed by the authorities), called for the government to limit rent rises.

In the past century, thousands of unknown ILPers across Britain have campaigned for better social conditions, for an end to war, and for a society based on equality and justice. By their own strict standards they did no succeed, but their efforts made a significant difference to the lives of millions.