Written by JAMES MAXTON in 1927

Why should people live lives of poverty and toil? Why should people rise in the morning fearing to face life because of the evils, the cares and the sorrows it brings. Should life not rather be a carefree joyous adventure that all should meet with confidence and hope? 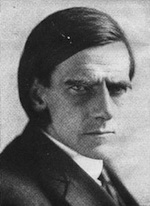 This great world we live in is full of interest, beauty and variety and is peopled by men and women with infinite capacity for happiness. Through the centuries men and women have struggled to extract the secrets of nature and of mother earth and today we have amassed a great store of knowledge and of skill that give mankind the control of the earth and its forces so that these may be pressed into the service of humanity. From tropical zone to frigid pole the fruits of the soil are garnered and conveyed to all parts of the globe and men of all races work in the service of all races.

Invention and discovery from day to day bring men closer together, pile up the quantities of wealth produced at ever increasing rate and ever with increasing speed transport it thousands of miles across the earth’s surface, over the sea or even through the air, yet men and women starve and children, cry for bread because a very few men claim the earth as their own and make the millions toil for them.

The task of the socialist movement in every country in the world is to lighten the workers’ toil and increase the supply of material things of life in every home, to remove the horrible insecurity that kills the joy of life and to sweep the owning classes from the shoulders of the disowned.

The scientist has played his part, the writer has played his part, the traveller and explorer have played their parts and now the worker, the common people, must play their part. The wealthy and powerful, blinded by their material wealth, do not see the real wealth of humanity itself and to the worker is left the task of freeing mankind from the fetters of servitude. The will to liberty, the will to security, the will to happiness are what is necessary. Then comes the need for an organisation to give expression to that will and after that a clear idea of the social structure which can enable mankind freely and easily to give his quota of service and receive his full reward.

The socialist movement fulfils these two functions – it tries to create the will, it builds up the organisation to express it and it has devised a social structure that can produce the world’s needs and supply them in secure and certain fashion. It calls aloud for the willing help of good and true men and women who are not afraid to fight for a just cause.