Arguments for public ownership did not start with Sidney Webb, nor end with Tony Blair, says HARRY BARNES.

The original version of clause IV of the Labour Party constitution – drafted by Sidney Webb in November 1917 and adopted by the party in 1918 – read:

“To secure for the workers by hand or by brain the full fruits of their industry and the most equitable distribution thereof that may be possible upon the basis of the common ownership of the means of production, distribution and exchange, and the best obtainable system of popular administration and control of each industry or service.”

The move in Britain towards public ownership, a mixed economy and the welfare state came in the years of the Second World War and immediately afterwards. The war effort demanded effective economic organisation and the start of a much fairer distribution of the basic requirements of food, warmth, clothing and health. Even schooling entered the frame in 1944. 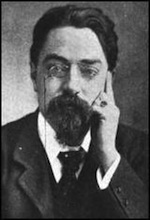 The electorate in 1945 decided that we would not return to the days of poverty and exploitation that had characterised the inter-war years. The NHS, welfare provisions, council house building and public ownership of key elements of the ‘commanding heights of the economy’ took place under the Attlee government.

Even when the Conservatives returned to office, they limited their programme to denationalisation of the steel industry and basically accepted the norms of the welfare state and the mixed economy. Their future depended upon accepting this compromise.

An era of ‘consensus politics’ then emerged, with few fundamental differences between the two main parties. The problem with Labour’s basic acceptance of the status quo was that capitalism found its way around the restraints, as it always does unless governments act continuously to block and transcend its activities.

The cohort of voters who supported Labour in 1945 and in the early 1950s tended to remain loyal to Labour’s vision of society. While some of us from that time are still around, we are now a dying breed, long since replaced by fresh cohorts.

New experiences and influences began to shape the norms of the new generations. Car ownership undermined the scope for public transport, while denationalisation of the railways and the end of much of municipal transport furthered the shift. Television opened up to advertising and commercial programming, enhancing individualistic values.

Then Thatcherism rowed in upon a wave of anti-collectivism and acted to undermine society’s remaining communal base by destroying much of the country’s manufacturing and mining industries, and allowing the sale of council houses – moves which New Labour never sought to contain, let alone reverse.

In recent years we have had an incredible and ever-expanding technological revolution. Almost as soon as the latest advances in computer-style technology are introduced they become outdated. Capitalism cashes in on these changes, using new technology as an avenue for sales and controls. The capitalist power elite establish global controls, buying services, using the developing world’s impoverished workforce, and selling them in the dearest markets.

But capitalism always operates for its short-term interests, paying as little as it can for raw materials, labour power and technological innovations. It then sells where it can to make the highest profits. These practices lead to a collapse in effective demand and eventual economic deprivation as capitalism ends up failing to supply people with enough money to purchase its own goods and services. The global financial crisis of 2008 is likely just to be a taste of things to come.

Objectively, we have the skills, knowledge, organisational potential and technology to provide for everyone’s basic intellectual and emotional needs; but the subjective appreciation of what is possible has never been worse.

Our minds are often taken over by passing consumer fads and the beer and circuses of the modern media. When people rebel (often under stark circumstances) they tend to be consumed by unquestioning and counter-productive doctrines, such as those of racism and militant Islam.

So what can be done about the world’s most serious problems – climate change, imperial expansion, fanaticism, starvation, mass poverty, unemployment, economic decline and the threat of economic collapse?

Luckily there is something to build on. If people were not moved to contribute to disaster relief funds, or to go to people’s aid when they see accidents, then there would be nothing to build on. But consumerism and individualism can be tempered by the experiences of daily life when human sympathy and collective instincts come to the fore.

Political education directed towards the best in people is very different from political indoctrination. The strongest educational question is, ‘Why?’. It rebounds on those who see themselves in the role of stimulating political education. Any of us could be wrong at anytime.

If public ownership is to advance (including the end of outsourcing, which currently accounts for 24 per cent of spending in the public sector), then there are big problems we need to tackle: public bodies can be prone to bureaucratic, centralised controls; wealth, power and status can dominate in the public as well as the private sector.

Yet, democratic controls by producers and users of services are an antidote. Municipal, consumer co-operative and worker self-management structures will often be more appropriate than a centralised, state-owned system. Above all, providers of services and their users need to share a public service ethos. Those who work for a public body need to see themselves as public servants, while those who benefit from such services need to share similar values, not just grab whatever they can.

Selfishness detracts from the common good, but I am not seeking perfection, just general standards of human decency and a sense of sharing.

The biggest problem, however, is how to get ourselves out of the grip of capitalist domination. Sidney Webb called for a gradual advance in public ownership.

Today, it might take us time to get the ball rolling towards forms of public ownership, for we need to get politicians on board. Each step might be difficult. But once we create the conditions to start the move, we might be surprised at just how revolutionary our gradualism can become, for we will come to realise that the future of mankind is tied up with our actions.

If you see public ownership as a path towards our salvation, then check out the We Own It website. Public ownership did not start with Webb, nor end with Tony Blair’s rejection of Webb’s clause IV.

Harry Barnes was Labour MP for North East Derbyshire from 1987 to 2005.