One hundred years on from the start of World War One, PAUL SIMPSON remembers the tale of a Durham ILPer and conscientious objector who died in prison for his anti-war beliefs. 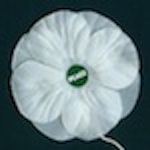 As we approach Remembrance Day on the centenary of the outbreak of the First World War, I am reminded of an account I read a few years ago of a horrifying incident which took place in the County Durham pit village of Quebec where I live, which I think is worth sharing as a striking example of the inhumanity of the 1914-18 war.

JG Winter was a young miner, a talented footballer and a Methodist who was active in his local Independent Labour Party. When the war broke out, his Christian and socialist beliefs meant that he could not bring himself to play any part in the killing of others, and so he became a conscientious objector.

As a result, he was imprisoned in Wormwood Scrubs in London, where he was beaten to death by prison officers.

But the horror did not end there. When he was buried in the local churchyard, his funeral procession was attacked by a violent mob who threw stones at the coffin and shouted abuse at the so-called ‘pro-German’ mourners. It’s hard to imagine a more grotesque and tragic scene.

So it is vital that we also remember those like JG Winter, who made up an equally brave minority of people who stood for peace and for the freedom of individuals not to be compelled to ‘kill or be killed’ by the government of the day – whatever the consequences for themselves.

Despite recent attempts by the government and their friends in the media to revive the old myths of ‘dulce et decorum est pro patra mori’, history has vindicated those who saw the war for what it really was and decided they would have no part in it.

As the last surviving veteran, Harry Patch put it, the 1914-1918 war was ‘organised murder and nothing else’.

The source for the incident is Robert Moore’s Pitmen, Preachers and Politics (1979).

More articles about ILPers’ opposition to World War One can be found here.