David Cameron may have returned to Downing Street with a thin majority, but Labour must not kid itself. Coming back from this defeat will be very hard. The road to recovery will be far tougher than the route Labour has just tried and failed to plot, argues ANDREW HARROP. 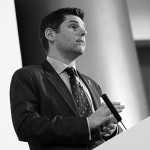 After 2010 the party chose a simple strategy – to unite the forces of the left – and had it not been for the Scottish referendum it might well have worked. Ed Miliband’s detractors were never convinced, but he had had a fair chance of making it to Number 10, before the wipe-out in Scotland and the Conservatives’ brilliant exploitation of the SNP bogeyman.

Even without the Scotland factor, though, success was never guaranteed because the execution of the plan revealed severe limitations in Labour’s electoral reach. In particular, the route to Downing Street relied on Miliband solidifying and growing the party’s support among white working-class voters. Labour manifestly failed to do that, as the millions of votes cast for UKIP prove.

The plan didn’t work, but it was plausible even with hindsight. Look ahead, by contrast, and it is hard to even see what the roadmap might be. Labour’s problem is that it has lost ground in many different directions, to different types of voters, for different sorts of reasons.

To win again Labour will need to earn back the support of three separate groups. First there are the Scots who voted SNP, and may only drift back slowly if at all. Second come white working-class voters, who would have been the main beneficiaries of Labour’s manifesto, but sensed that the party had turned its back on them. And third, there are the more aspirational Blair-type voters, who value competence and leadership not ideology, and chose David Cameron as a result.

Alongside all this, Labour must not take for granted the core of its current support – liberal professionals, public sector workers, and ethnic minorities – the growing coalition of voters who delivered London for Labour. Unless Labour stays true to these groups they could well peel off to Greens, Liberal Democrats or Boris Johnson.

The scale of progress the party will have to make with all these demographic constituencies is huge. To win in 2020, against a Tory party with a fresh new leader, Labour will either need to win almost 100 English and Welsh marginals, or stage an unprecedented recovery against the SNP.

And it gets worse, because this December the postponed boundary review begins and the 2020 election will feature new seats that will give an added advantage to the Tories. Some of the changes will reflect shifting demographics, but Labour will also be penalised in a way that is unfair: the review will be tasked with equalising the number of electors in each seat; but it will come just after the introduction of a new system of individual voter registration which will under-record the number of voters in Labour constituencies. So the review could cost the party another 10 seats or more.

The challenge then is how to unite and grow such diverse groups of potential supporters. Ed Miliband’s answer was to tack left on economic issues and champion public services. But he never found a convincing way to both prove his fiscal credibility and to offer an alternative for the anti-cuts left. He spilt votes in both directions as a consequence.

The real problem, however, was that, for many, questions of identity and culture took precedence and on these issues people felt deeply alienated from Labour. These themes are sources of division not unity among Labour’s potential voters, so it will be a huge task for the party to forge a sense of common purpose amongst non-Conservative Britain. And the job will become even harder in a parliament that is set to be dominated by immigration, Britain’s place in Europe and Scotland’s place in Britain.

The search for an answer should not start with policy, but with how Labour looks, sounds and feels, at both local and national level. Its leaders need to resemble the diversity of its supporters and the party needs to rebuild the two-way emotional connections that have been severed. Locally, that means recruiting supporters and activists from within each community and organising to achieve change that people care about.

Nationally, it means that the new leader and shadow ministers must be able to tell stories that chime with people’s lives, and speak and listen with an unrehearsed authenticity. To bring together supporters from such a diverse range of backgrounds the next leader will need to live and breath ‘one nation’, big-tent politics.

The party should ask itself who is best placed to rebuild those frayed relationships, rather than test the purity of the candidates in terms of their Blairite or left credentials. For looking back in history, the success of Harold Wilson or Tony Blair in opposition was down to their personal styles, which gave them broad appeal, and not the fine detail of their policy programmes.

The new leader must also promise to address themselves to the vital questions which were at the heart of Miliband’s leadership. Because authenticity means being true to your party’s values and beliefs, not trimming with the wind. Labour must still stand for a more equal economy, good opportunities for all young people, the new homes the nation needs, preventing dangerous climate change, and a government that decentralises power, rejuvenates public services and nurtures strong communities.

Ed’s diagnosis of the UK’s challenges was spot-on but Labour’s defeat is proof that his analysis did not translate into everyday life and that his solutions were not sufficiently convincing. He was an admirable leader, but was never the complete package. Labour’s priority must be to find a story-teller, but one who agrees with the party about the change that Britain needs. That is the task of the leadership contest, rather than to squabble over small differences of policy.

Labour faces a long path back to government. Some of the current problems will lessen with time: the memories of the financial crash will fade, and the next leader will not be fatally wounded by the manner of his coronation. But plenty more problems are queuing up. Labour needs to pause and reflect on the magnitude of its task, starting from the relationships it must rebuild. If the months ahead bring just a new leader and a few quick fixes, the party will face disaster again.

Andrew Harrop is general secretary of the Fabian Society.

This article was orginally published on the Fabian Society website on 8 May 2015.