A series of meetings, talks, debates and workshops on trade union struggles for justice are being held at Durham Miners’ Hall in the week leading up to this year’s Durham Miners’ Gala on Saturday 11 July. 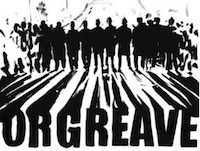 The Education for Action programme will conclude with a public meeting on the Orgreave truth and justice campaign when Barbara Jackson, Granville Williams and Dave Waddington will speak about the ongoing activities to bring justice to striking miners and others involved at Orgreave in 1984.

There will also be a book launch of Dave Smith’s Blacklisted, a detailed  and harrowing account of the blacklisting of union activists, and a talk from a group of activists from South African townships about their experiences of building active communities.

There will be a series of films about the 1984-85 miners’ strike, a showing of the film ‘Pride’, about a lesbian and gay miners support group, and workshops on banner-making and creative writing.

The full programme is listed below:

Friday, 10 July, 5-6.30pm: Book launch – Dave Smith’s Blacklisted (with the People’s Bookshop – Council Chamber)
Dave Smith and Phil Chamberlain will speak at the North East launch of their book on blacklisting. The book has generated wide publicity for its detailed and harrowing accounts of Blacklisting of union activists. Come and listen but bring your own stories too.

Friday, 10 July, 7-9pm: The Orgreave Truth and Justice Campaign (Council Chamber)
Barbara Jackson, Granville Williams and Dave Waddington will speak about the campaign to bring justice for those involved at Orgreave. For too long these injustices have been neglected and ignored so come and hear the real stories about what happened and how the struggle for justice continues.

All sessions are free and open to everyone (except the writing and school workshops which are book in advance).

For more on the Durham Miners’ Gala click here.