JONATHAN TIMBERS wants to kickstart the left (and the ILP) into discussing the major challenges facing Jeremy Corbyn’s leadership. We all have responsibility to come up with some answers.

Jeremy Corbyn’s election as Labour leader was in one sense revolutionary (even if he is not). If he fails, the Labour Party will either return to neoliberalism or end up on the electoral margins. There is no room for a “let’s see how it goes” attitude, as all the signs from the opinion polls tell us that it is already going very badly indeed.

It is time for the ILP to do what it has done before: to challenge the left so that it can become stronger, if it chooses. At the moment the ILP appears to be silent. Perhaps it is overwhelmed by the sudden and unexpected change in the Labour Party brought on by Corbyn’s election.

This article is an attempt to kickstart it into discussing the major challenges for Corbyn and is a modest attempt at addressing the crisis of Corbyn’s leadership.

It is worth reminding people of the positions the ILP has taken since it re-entered the Labour Party, with the approval of the NEC, in 1975. This is not for the sake of nostalgia, but because it helps identify some of the questions Corbyn should be considering. My intention is to place Corbyn’s leadership within the narrative that the ILP has developed over the last 40 years.

In the late 1970s, the ILP challenged the left’s opposition to the Labour government’s social contract. It proposed a renewed contract making significant reforms in return for pay restraint. Sadly, the suggestion was ignored and the Labour government went down under a wave of strikes in the ‘winter of discontent’.

In the internal civil war that followed Labour’s historic defeat in 1979 and the rise of Thatcherism, the ILP came up with a series of with principled and well-reasoned positions.

As part of the Bennite Rank and File Mobilising Committee, the ILP proposed one member one vote in a new electoral college for party conference, rejecting the attempts of the left to gerrymander the constitution in its own interests. This was consistent with its principle that socialists had to prefigure in their own political behaviour the sort of society they wanted to see.

To complicate matters, the ILP was also sympathetic to the pressures that Labour’s leadership was under and the need for compromise. This level of thoughtfulness often annoyed those parts of the left that wanted to simplify politics to questions of loyalty and betrayal. This included Corbyn, who was active in Labour Briefing, which specialised in denunciation.

Rather than talk about the crisis of capitalism, the ILP referred to the crisis on the left, as many of the economic assumptions about the planned economy came under critical scrutiny. This culminated with the collapse of the Soviet Union in 1991 and the end of an era of socialist thinking.

The 1990s were a troubled period for the left. It had seemingly run out of ideas, paving the way for the neoliberal takeover of the Labour Party. Underpinning this ideological collapse were profound social as well as ideological changes. The most significant of these was the end of left-wing working class politics.

The ILP pointed out that terms like working-class and middle-class, while they may have descriptive value in particular social contexts, were no longer helpful categories to understand how capitalism subjugates social groups, nor what political strategies the left should adopt.

It looked to new ways of resisting capitalism for inspiration, such as the Zapatistas in Mexico or the fragmented resistance movement to global capital. It was comfortable with the Blairite mantra about “the many not the few”, but continued to use that formulation for radical ends.

Pessimism of the intellect…

Meanwhile, it pointed out the community of interest that existed between Protestants and Catholics in Northern Ireland, explicitly rejecting the sectarian nationalism of the Troops Out movement. It is no overstatement to suggest that the ILP helped to create the right mindset within the Labour Party for the Good Friday agreement, in contrast to the divisive Troops Out movement.

In the new millennium, the ILP recognised that the socialism of old, based around central planning, was dead and buried. It critically examined other left-wing economic alternatives such as co-operation. It acknowledged that left wing politics no longer came with a prescriptive list of economic solutions. 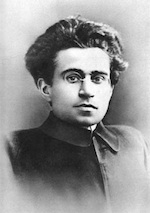 If it had a slogan, and the ILP is averse to slogans, it would have been Gramsci’s phrase about how socialists should face the future – with pessimism of the intellect and optimism of the will.

It is precisely this attitude which is required now to salvage Jeremy Corbyn’s leadership. Such talk of salvage will be met with incredulity by some parts of the left, still buoyed up on the back of the surge of support that swept Corbyn to power last September.

But the left is running out of time and cannot afford to spend it blaming the predictable resistance of the Blairites in the Parliamentary Labour Party and the old guard outside it. The problems for the left are much deeper than that, as the potted history of the modern ILP shows.

Corbyn’s election as leader of the Labour Party cannot change that history, the fact of the conservative culture, more recent demographic changes, or resolve the crisis of ideas on the left. It merely makes this crisis of ideas more visible to the public.

Corbyn’s election as Labour leader highlights a dilemma for the whole of the left, including the ILP. We had all got so used to pointing out what is wrong, we don’t have a blueprint for how to fix things nor a political strategy to win support to implement it. Indeed, the scary truth is that it may not be possible to work out a complete blueprint. (But don’t despair because George Osborne certainly doesn’t have one).

Shadow chancellor John McDonnell and his friends in the admirable LEAP project have been trying to create a renewed political economy for the left. McDonnell’s much vaunted panel of economic experts is supposed to confer credibility on Labour’s new economics.

But the truth is – despite the recent re-emergence of left wing economic theories – there is a long way to go and now every policy proposal will be subject to the most intense scrutiny. The left has never been able to shake off Mrs Thatcher’s famous saying that “the problem with socialism is that you eventually run out of other people’s money”. Few people outside the left believe Labour can engender economic growth and end austerity without the support of business (with good reason). McDonnell has to grasp that nettle and soon – no easy task.

Corbyn’s leadership campaign did not do him any favours in the long run. Corbyn badly over-stated the left’s case. For instance, on ending austerity by tackling tax avoidance, Corbyn left out the little matter of the need for a fundamental culture change in HMRC, a raft of international agreements and legislative changes to recoup the lost tax. Clearly, there was no pot of money ready and waiting to be collected and spent.

Then there was the small matter of the £98 billion in corporate welfare, substantial amounts of which turned out to be tax reliefs for research and development and other socially useful activities. And finally, there was the renationalisation of the power companies (total cost perhaps £240bn). McDonnell quickly intervened to save his friend (with an interview in which he talked about renationalisation from below (local authority renewable schemes) and the call was quickly dropped, but Corbyn’s electoral credibility was damaged.

The theoretical and practical dilemmas Corbyn and McDonnell face have resulted in a number of unfortunate flip flops (and a terrible ‘joke’ involving Chairman Mao). Remember McDonnell’s initial support for budget surpluses?

Not all the flip flops have been wise. The pair dropped ‘people’s Quantitative Easing’ (QE), even though this controversial measure could remedy the fundamental problem of too little new money in the economy.

Arguably, the proposal came at a bad time, just as official QE was halting, so the change was understandable. But equally, the fundamental problem that makes people’s QE necessary hasn’t gone away because official QE has been such an abject failure, only serving to make the rich richer and inflate assets.

The Economist expressed this well on one of its recent front covers when it showed an overweight man in a suit looking forlorn and holding an empty bazooka, under the title: ‘The world economy: out of ammo’. Now might be a good time to resurrect the policy.

The flip flop fiascos are not really Corbyn’s or McDonnell’s fault. They have happened because of the left’s lack of a coherent political economy.

Corbyn may recover from his poor start, but it is more likely that he won’t. If he does, it will be because McDonnell provides him with the narrative and the policy substance to do so.

If, on the other hand, he does fail to provide an effective opposition to the Tories, then there needs to be a well-prepared alternative. Otherwise, what may emerge from the electoral wreckage could be some sort of reformist neo-liberal party with or without the name ‘Labour Party’.

That well-prepared alternative should take something from the ILP, old and new:

It would be wrong to say that Corbyn’s leadership is futile because his left has neither the ideas nor the support to run a major reformist party successfully. He has catapulted us into a different space where we all have the responsibility to start coming up with answers.

He is in a very difficult position, but if he is clever, he may be able to use it to help renew social democracy. We should support him in this incredibly hard endeavour.