Unprepared, indecisive and out of step with much of the world, the British government’s response to the coronavirus pandemic is a result of its flawed ideology, argues DAVID CONNOLLY. We can only hope the crisis creates new space for radically different politics.

The British state has stumbled badly in its handling of the coronavirus crisis. In October 2016 the UK government ran a national pandemic flu exercise codenamed Exercise Cygnus which, according to the then chief medical officer, Sally Davies, “killed a lot of people”. 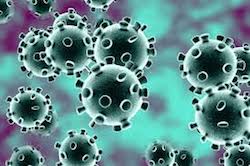 The exercise exposed severe shortcomings in government planning, most notably in its lack of ventilators, but none of its three key documents – Influenza Pandemic Preparedness Strategy (2011), Health and Social Care Influenza Pandemic (2012) and Pandemic Influenza Response Plan (2014) – were rewritten or revised even though they had been tested and seen to have failed.

It’s not as if we don’t know what to do. As a result of the growing number of pandemics in the latter part of the 20th century, the World Heath Organisation reset its framework for handling them in 2005, creating the Global Outlook Response Network. The aim was to enable states to improve information sharing and develop infrastructures for dealing with pandemics at an early stage so there would be a common worldwide approach based on containment not mitigation.

The first case of UK local coronavirus transmission was reported on 29 February, nine weeks after the start of the outbreak, nine weeks in which, according to Devi Sridhar, chair of global public health at Edinburgh University, we had the opportunity to “listen, learn and prepare”.

“We had a choice early on in the UK’s trajectory to go down the South Korean path of mass testing, isolating carriers of the virus (50 per cent of whom show no symptoms), tracing all contacts to ensure they isolate as well, and taking soft measures to delay the spread,” she argues. “Instead, we watched and waited.”

In place of a vigorous mass awareness campaign we got an approach based on the highly questionable ‘nudge theory’, which seeks to encourage minor adjustments in individual behaviour rather than risk upsetting people by imposing dramatic and immediate changes in mass behaviour. This approach meant a quarter of a million people were allowed to attend the Cheltenham Race Festival on 10-13 March, a decision that in retrospect looks highly irresponsible, as pointed out by several epidemiologists at the time.

Meanwhile, on 12 March the Prime Minister Boris Johnson announced that all minor testing and contact tracing would stop. Instead, the public started to hear the term ‘herd immunity’, described by Nassim Nicholas Taleb, professor of risk engineering at New York University, and Yaneer Bar-Yam, president of the New England Complex System Institute, as “nothing more than a dressed-up version of the ‘just do nothing’ approach”.

The backlash this generated, combined with revised modelling from Imperial College London projecting some 400,000 deaths, led on 16 March to a sudden change of direction. The new aim was to gain time, delaying the spread of the disease by requiring most of the population to stay at home; closing schools, pubs, restaurants, cafes and non-essential shops; asking affected households to self-isolate for 14 days; and scaling up testing to 25,000 per day.

It was “a 180 degree U-turn”, as Sridhar put it. In addition, health secretary Matt Hancock urged manufacturers to convert their facilities to produce ventilators.

It had seemed remarkable that the British government could be so out of step with so much of the world, not least when WHO director general Tedros Adhanom Ghebreyesus said repeatedly: “The idea that countries should shift from containment to mitigation is wrong and dangerous.” 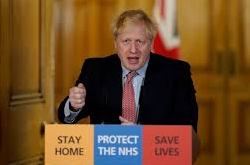 The government’s delay in taking decisive action, and its slowness in recognising the scale of the threat to the whole of society, arises from a flawed individualistic and libertarian ideology.

This was combined with Johnson’s personal reluctance to tell a ‘bad news’ story. As a former Daily Telegraph journalist, he no doubt agreed with the paper’s verdict on 3 March that “coronavirus could be the start of a historic comeback for British stoicism”.

If, as alleged, Dominic Cummings initially dismissed the predicted premature deaths of older people as a price worth paying for ‘business as usual’ in the economy, that tells you all you need to know about the amoral state of modern Conservatism.

Now, we have a pandemic at different stages in different places around the UK with local authorities and directors of public health subject to central policy decisions, unable to tailor their responses to the local situation and receiving very little information.

As Professor Allyson Pollock, director of the Institute of Health and Society at Newcastle University, points out: “This, combined with the devastating cuts to community based communicable disease control and the changes wrought by the Health and Social Care Act 2012 (which carved out public health from health services in England and further fragmented communicable disease control by removing it to Public Health England) have created a perfect storm.”

It’s clear that this pandemic has a long way to run. Historically people have often responded to similar outbreaks by looking for a group to blame. The Black Death prompted witch-hunts and anti-Jewish pogroms.

This time, in Italy former deputy prime minister and Northern League secretary Matteo Salvini is blaming migrants, while in Britain there have been instances of anti-Chinese hostility, although thankfully, to date at least, little sign of a general search for scapegoats.

That said, there will always be opportunities for malevolent forces to exploit new forms of social control and there is a strong argument for some form of parliamentary oversight of the state’s additional powers to continue while Westminster is in shutdown.

There are also innumerable examples of mutual and community solidarity at a local level while the importance of a public collectivised national health service is plain for all to see. Moreover, in covering 80 per cent of wages, the state is now the ultimate safety net for a vast number of its citizens. We can only hope that, despite years of cuts, the civil service still has the capacity to deliver what it promises at speed.

When all this is over the key political debate will be about how the country should deal with the mountain of debt generated by this pandemic. Right-wing voices are already urging a return to small state Britain as fast as possible. But we want no return to the miserable austerity politics initiated in 2010 that has done so much harm to our social infrastructure, not least the National Health Service itself.

Is there now an opportunity for the new leader of the Labour Party, whoever it is, to set a different agenda for the country focussed on mutuality, collectivism, co-operation and a fair distribution of wealth and resources?

When chancellor Rishi Sunak can talk of people “not being able to pay the rent or the mortgage” and “not having enough set by for food and bills”, and Johnson can say so pointedly that “there is such a thing as society”, then the space for a new political debate is surely opening up.

At any rate, just be grateful we don’t live in the United States of America where the head of state, through his absurd decisions and pronouncements, is de facto promoting the spread of the disease. It’s not that surprising, of course, but no less shocking for that.