MARIA GOULDING reviews The Overstory by Richard Powers – probably ‘the best novel ever about trees’, a tale with a compelling political message for our lockdown times.

This was the perfect book for me to read during the coronavirus lockdown, in the year of the tree. At more than 600 pages it’s a good long read. The characters and narrative are engrossing but most of all the big themes and environmental dilemmas are of urgent contemporary relevance. 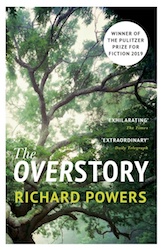 The dust cover includes a quote from the US novelist, Ann Patchett, who calls The Overstory “the best novel ever written about trees, and really, just one of the best novels, period”. And there you have it.

I love trees but I’ll never look at them in the same way again. During the past few months many of us have had time to slow down and really appreciate the natural world around us as a welcome relief from the daily accounts of human suffering.

Meanwhile, Jair Bolsonaro has been using the cover of the crisis to accelerate the destruction of the rain forests in Brazil, and closer to home HS2 Ltd has been pulling out all the stops to fell ancient woodlands in Britain. Beyond these attacks on trees and forests, President Trump is relaxing environmental rules and we are looking to him for trade deals. What is it about these populist authoritarian leaders?

This is a skilfully structured and beautifully written book. The first section, ‘Roots’, gives us the stories of eight strangers each affected in different ways by the natural world, and trees in particular.

There is an artist, Nick Hoel, who has inherited 100 photographs of the same American chestnut tree; a wheelchair-bound computer programmer, Neelay Mehta, who does not want to go any further with designing increasingly elaborate computer games; a Vietnam veteran who is shot out of the sky and saved by falling into a banyan tree; an unhappy student who gets drunk and electrocutes herself, causing her heart to stop momentarily; and a botanist, Patricia Westerford, who is first shunned and much later celebrated by the academic establishment for her way-out theories on how trees communicate with each other. In her narrative there are echoes of Colin Tudge’s best selling book, The Secret Life of Trees: How they live and why they matter.

The stories of these and the other characters weave the fabric of The Overstory. Some of the characters come together as eco-activists in the second section, ‘Trunk’. They put their lives at risk in protests against the rampant destruction of trees thousands of years old. Think Swampy in the 1990s or the contemporary protest camp at Cubbington Woods.

Once evicted, the work of destruction goes on: “Then the remaining residents of the Free Bioregion of Cascadia leave the hillside and the extraction of wealth continues.”

At this point other characters are marginal yet connected tangentially. I found myself anticipating all the characters meeting up in person at a later stage, before realising this would have been far too obvious – there are more subtle links. The tragic event in the second section means that the eco protagonists have to fan out and go their separate ways – this is ‘Crown’.

The final section, ‘Seeds’, gives us our characters in later life, living with the legacy of their activism, insights and vision. It is not a simple happy ending for some but the mood at the end is redemptive. 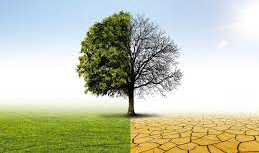 The whole book is infused with philosophical reflection on the relationship between trees and humans. It is full of wonder, as Patricia Westerford says. “‘It’s a miracle,’ she tells her students, ‘photosynthesis: a feat of chemical engineering underpinning creation’s entire cathedral.’”

The novel questions the arrogance of assuming that trees are there just for our use and profit. The author quotes The Buddha, for example: “What use are we to trees? … A tree is a wondrous thing that shelters, feeds and protects all living things. It even offers shade to the axemen who destroy it.”

It shows how obsessed we are with our own present wants and needs, with no heed for time or history. One of the most eye opening moments in the book is when Nick goes to look at the stump of the tree that had been his home for nearly a year.

“He lies on his side, as night comes on, his head on a wadded jacket near the ring laid down the year Charlemaigne died. Somewhere underneath his coccyx, Columbus. Past his ankles, the first Hoel leaves Norway for Brooklyn and the expanses of Iowa. Beyond the length of his body, crowding up to the cut’s cliff, are the rings of his own birth, the death of his family, the roadside visit of the woman who recognised him.”

This is a love story to trees by someone who knows a great deal about them. Early on we learn about the blight that ripped through the continent destroying four billion chestnut trees – the same trees from whose wood whole communities were built and sustained.

Powers uses his characters to tell us about the vast variety of species – the tulip tree, the black locust, sugar maples, the Tachigali Versicolo (the suicide tree) which only flowers once in its lifetime and dies a year later.

It’s not the end of the story for that tree though. Tachigali’s offspring germinate right away and would be starved of light if the old tree didn’t fall and open a hole in the canopy, letting light flood in. And the rotting trunk enriches the soil for the new seedlings.

You may be thinking – well this is all very well, but humans have to live. They need jobs. Timber is needed in the building of houses, furniture, telegraph poles, for fuel, and to produce pulp for paper and disposable nappies, to name just a few products.

Most of the large scale cash crop plantations are far away out of the sight of city dwellers so they do not see hillsides stripped bare and lifeless once the crop has been harvested. They rarely walk in a commercial forest and experience the deadly quiet and lack of plantlife on the forest floor. In the United States this is even more true since the country is so vast.

Just as we are divorced from the origins and production of our food, which comes plastic-wrapped in the supermarket, so too we are blind to the raw materials from which many of our household products are made.

Powers effectively pinpoints the root of the problem – the unsustainable exploitation of that most basic natural resource, the tree, and the difficulty this poses for those in affluent societies who see this most clearly and want to do something about it.

On the left, we are familiar with the Marxist idea that profit for the capitalist class is derived from the exploitation of labour. But the growing environmental movement in the last and current centuries extends that analysis to include the rampant harvesting of all the planet has to offer, and the concomitant problems of waste and pollution.

Adam, the psychology professor character studying the motivation of the eco-activists muses on this: “Almost every part of need is created by a reflex, phantasmal and democratic committee whose job it is to turn one season’s necessities into the next yard’s sales.”

It is not a question of human want and need inevitably being at odds with the protection of our planet, but of living within our means and respecting the rich and beautiful workings of natural systems. This is where The Overstory has a strong political message for our times, but Powers does this without hitting us over the head with polemic.

The Overstory has a compelling narrative, a poetic voice and good advice on how to effect change. This is Adam again: “The best arguments in the world won’t change a person’s mind. The only thing that can do that is a good story.”

The Overstory by Richard Powers was published by Penguin in 2019.