With so many pressing political priorities, the scandal of unjust and degrading disability benefits assessments could easily be forgotten. MARY HULL recounts three shocking stories and calls on Labour to campaign for change. ‘We need to shout until this inhumane process stops,’ she says.

In October last year I accompanied a friend to be assessed for continuation of her disability benefit. In her case this was Employment and Support Allowance (ESA), but such assessments are part of the process for Personal Independence Payments (PIPs) and, in some instances, Universal Credit. 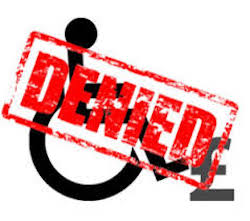 It was a truly shocking and disturbing experience that left me angry, questioning the sort of society we have become under Tory government.

I thought I was prepared. I had worked as a welfare rights officer many years previously and had read lots on the internet. So I knew the statistics – the majority of cases are turned down but about 73 per cent are won on appeal. I knew the assessment would be tough and upsetting but what I had failed to appreciate was the humiliating nature of the process.

Some background is important. My friend suffers from enduring physical and mental health problems. We worked together in a bail hostel in the 1980s, bought our first houses around the same time and had our first children. I went off to do a social work course, while she planned to start hers the following year.

Then a series of events threw her off course – she got into an abusive relationship, and lost her house, her job and custody of her son over a very short period. A few years later, still in a violent relationship, she lost a baby to cot death and was sectioned. She never fully recovered.

This context matters – ill health can happen to any of us at any time, sometimes suddenly, sometimes slowly. The gap between people who are generally healthy and those who are not is paper-thin. That, surely, is where the welfare state comes in – the principle that we look after those who cannot earn a living, whether temporarily or permanently, and that, most importantly, we do this without judgement.

The assessment
Before her assessment my friend received advice from her housing association advice worker: “Don’t look smart,” she was told. “Wear no make up and, if possible, don’ t take your medication.” This in itself was distressing – such advice really means: “Don’t have any pride, be humble, be downtrodden, look as ill as you can.” It implies an element of subterfuge. Already this felt punitive.

We arrived at a cold, soulless building in Durham with a security guard on the door. The waiting room was bare, save for a group of very ill-looking people. The atmosphere was dreadful. I had to provide identification while my friend had to produce three forms of ID – an issue in itself for many claimants.

We got into conversation with a man who had just had spinal surgery. He had struggled to get there and was in pain. Everybody who has to undergo this process has a lengthy medical history, that’s why they have been receiving disability benefits. To continue payments, all that should be needed is a chat with their GP or consultant about the person’s condition(s) and any changes.

Instead, my friend endured a long, intensive interview. It wasn’t clear if the interviewer was a trained medical professional, but they had access to all my friend’s medical notes. The questions were intrusive and unremitting – taking her back to the loss of her baby and her subsequent sectioning 21 years ago. A physical test followed before we were done.

Except, of course, my friend was left devastated and emotionally drained by the dredged-up past. She immediately wanted to know if she had ‘passed’, while I couldn’t help but wonder how assessments must feel for people who attend on their own, those left to catch the bus home with no support after what can only be described as a traumatic experience.

The wait
Inevitably, what followed was a long wait – six weeks. The first thing to arrive was a report from the assessor that totally flawed my friend. She texted to say: “I am happy to be a case study for anybody who wants to learn about this disgusting system and on behalf of all those belittled and thrown away as a result. I felt I was turned inside out by the way she describes me in this report.”

The report was, indeed, scathing. It suggested that because my friend was eloquent and maintained eye contact she did not have any mental health problems. It questioned whether she had any physical problems because she was able to lift her water bottle to drink… I could go on.

Another two weeks went by until, on a Friday afternoon at 4pm three weeks before Christmas, someone rang to say my friend had failed the assessment and would have to claim Universal Credit while looking for work. No access to help or support was available all weekend.

She rang me, sobbing, feeling totally humiliated and in a real panic about finances. Universal Credit provides less money than ESA and takes a long time to come through. My friend’s youngest child had left home so she was already paying out extra to cover bedroom tax, and now had Christmas around the corner.

I was so angry I could barely contain it. I just kept saying: “Don’t let them do this to you; you are worth more than this; we will appeal.” The reality is appeals take a long time – six months on average – while she was in real danger of losing her tenancy.

There is a twist. Ten minutes later my friend rang back. She’d had another phone call. As she was so distressed they’d looked again at her file and read the submission she’d made to back up her claim – apparently for the first time. They had reversed their decision.

It appears that if she had not been so upset when they called this would not have happened. I was relieved, but she was furious: “What about all the people who don’t vocalise their distress?” she said. She was right of course – the system is iniquitous.

My friend’s experience is just one example. There are many, many more accounts of the failings of the disability benefits assessment system and there have even been reports of suicides linked to the process, prompting a belated response by the Department of Work and Pensions this month when it announced an overhaul of its safeguarding systems. 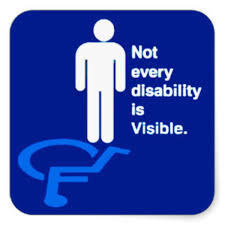 When I talked to a colleague about my friend’s experience she told me about her 22-year-old daughter who was born with a congenital heart condition and is waiting for her third open heart surgery. She had continued working as long as possible but was now getting breathless and couldn’t continue. She’d also recently had a baby – a process closely supervised by her consultant and a team of medical staff.

As her partner works part-time on the minimum wage she needed to apply and be assessed for disability benefit. This itself is nonsensical – she has reams of medical notes, a consultant who has worked with her since birth, and her open heart surgery is expected in September 2020 (although likely to be delayed due to Covid-19). Why should this young woman need to prove her inability to work?

It gets worse. She lives in rural Northumberland and her appointment was an-hour-and-a-half away via two buses. She would also have to take the baby with her. Her mother assumed she could phone up, explain the problem, and have a home visit instead. But they told her he she was not eligible because it only took an-hour-and-a-half to get there. What is this if not punitive?

So my colleague took time off work to drive her daughter and baby an hour each way to the assessment, only to receive a text when they arrived saying appointments were running late and they could no longer see her that day. It was a two-hour journey for nothing.

Three weeks later her re-arranged interview was held on the same day they found out my colleague’s father was dying in a care home. My colleague will never forgive them for submitting her daughter to the assessment on that day. They felt they had to attend for fear of the consequences if they missed the appointment.

My colleague found it incredibly hard to watch her daughter being asked question after question about a life-limiting medical condition she’s had since birth. As she said, it seems crazy that the NHS had put in so much time, effort and care to look after her daughter over the years, and yet she is still submitted to a costly, time consuming, intrusive and unnecessary process merely to claim money to help her and her family afford to live.

Sometime later I was asked to support a young, pregnant, 21-year-old to her assessment and, despite thinking I really was prepared this time, I found the process just as disturbing and callous as my first experience. 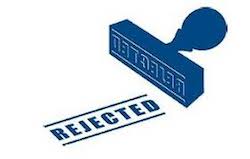 This young woman had endured an horrendous pregnancy – at 16 weeks she’d had surgery to remove a large cyst from her womb and was suffering continual and severe sickness. She was hospitalised on several occasions but continued to work as long as she could until eventually ill-health meant she could not go on.

I accompanied her to the same waiting room to meet the same assessor. This time, the assessor quickly told the young woman she was not be entitled to disability benefits and should not have come.

The young woman had a letter with her specifically telling her to attend, so after consulting her line manager, the assessor carried out the interview anyway, even though it was pointless because she was claiming the wrong sort of benefit. You might think we should have refused the interview there and then, and left, but fear kept us there – fear of sanctions.

Benefit sanctions are punitive in the extreme and can have devastating consequences. For this young woman they would almost certainly mean she fell behind with rent and lost her tenancy. So the interview continued, albeit interrupted when the mother-to-be had to rush out to be sick in the toilets.

Again, the questions were intrusive – dragging her back to days of self-harming as a 15-year-old. Again, I wondered how people cope with this when they’re on their own. Austerity has brought huge cuts to welfare rights services. No longer can advice agencies or housing associations offer accompanied visits to assessments, and anyone who doesn’t attend is highly likely to be sanctioned.

This young woman came out angry and, to her credit, more politicised. She was furious about the humiliating nature of her treatment and wondered how the assessor had gained access to her medical records when she had not given consent.

Of course, these three examples are all individual and personal. But to me they absolutely epitomise how unjust and unequal our society has become. This is a society that isolates, judges and punishes those on the margins, in particular those with any sort of mental or physical disability.

As Frances Ryan says in her book Crippled: The Austerity Crisis and the Threat to Disability Rights: “As the welfare state teeters on the edge of collapse, there has never been a more crucial moment to find our compassion and social solidarity – to strengthen the social safety net, demand more from our leaders than austerity and reject polices led by callousness and fear.”

In recent times the Labour Party has been consistent in condemning the system. But I worry that with so many pressing concerns at the moment, the issue of disability benefits assessments will easily be forgotten.

We need to keep shouting about it, to keep up the campaigning momentum. We need to shout until this inhumane assessment process stops.