Politicians of all shades trumpet the ideal of social mobility as a mark of a fair society. It’s a claim picked apart by Selina Todd in her rich and compelling new book, Snakes and Ladders. MARIA GOULDING is impressed by a powerful manifesto for change.

I was particularly engaged by this book as it made me look at my own life, and that of my parents and children with fresh eyes. Selina Todd’s sweep through the history of the 20th century right up to the year of Covid is strong on argument but also on personal testaments drawn from the Mass Observation Archive and her own interviews. It is this combination which makes it such a powerful read. 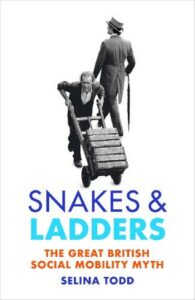 Despite the title, social mobility in itself is not a myth. However, the idea that anyone can rise up in society through a combination of ambition, hard work and talent is something of a fairy tale. Some people manage it, but it is very rare, especially in the highest echelons of society.

Central to the book is the construct of social mobility – the possibility that people can change their economic class, status or occupation. Todd uses a Marxist definition of social class, the most fundamental division being between the tiny minority who live off other people’s labour and the vast majority who do the work. We know all about this in the age of Covid.

There are important differences, however, between women and men; home owners and those who rent their homes; those in professional and managerial work and those in manual work; those in skilled and unskilled manual labour; those who can work at home during a pandemic and those who cannot. These are illustrated by the individual stories Todd weaves through the narrative of the book. She shows that these distinctions can shift according to the economic and political climate of the time.

Politicians of all shades have trumpeted the idea of social mobility as a marker of fairness in our society – something to aim for. In so doing, the popular image of a ladder has often been invoked. But for everyone who climbs the ladder someone has to fall, unless the rungs expand. At times, particularly in the period after 1945, more women (40%) and men (50%) attained a higher social class than their parents, and fewer (20%) were downwardly mobile.

After World War Two, at the dawn of the welfare state, the rungs in the middle of the ladder stretched to include many more people in the burgeoning public services – teachers and nurses especially – and in the growing private sector where clerical, engineering, technical and management opportunities expanded.

Since then, as we know, the promise of job security has faded considerably. Life for many is more precarious and income inequality has increased dramatically. Younger people are more worried about sliding down the ladder than they are hopeful of climbing it. This fear is justified – people on the lowest rung of the ladder tend to be condemmed. As Todd puts it, “being on a lower rung … was … the fault of those who found themselves there, while being at the top was lauded as evidence of hard work and talent.”

Todd is particularly damming of the very wealthy who start life with enormous advantages, are educated in small classes in elite private schools and progress to elite universities where their cliques form the basis of the networks that enable them to get top jobs and positions of power while looking down on those less fortunate. This reminded me of the ‘rolling in the muck’ scandal at Durham University a few years ago. These people hoard their privilege and guard it jealously.

In developing her argument, Todd (pictured below) draws on the work of several influential writers and social scientists from the 1950s and ’60s. These people, largely men, came from working class or lower middle class backgrounds and were committed to creating a post-war democracy. They picked apart common assumptions about social mobility and the idea of meritocracy in particular. 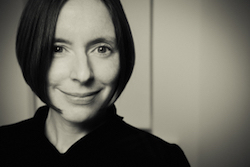 At the time, the 11-plus was an influential determinant of an individual’s life chances, and it was in the firing line of many of these writers. The non-selective comprehensive school, nurturing ‘a multiplicity of talents’, was heralded as a way of opening up opportunities and developing the most important of society’s resources – its children.

Jean Floud, one of the few influential female social scientists of the time, showed that social class, not innate ability, largely determined a child’s educational achievements, particularly when it came to passing the 11-plus and getting a grammar school place. Even if some working class children did benefit from this route, the idea of creating a selective ‘elite’ was widely questioned.

The sociologist, Michael Young, for instance, argued that “the replacement of hereditary privilege with a social ladder based on talent would only replicate inequality”.

While the Conservatives fostered ideas of competition and ‘getting on’, and encouraged acquisitiveness in the working classes, many of these writers were interested in what it actually felt like to be upwardly mobile. Raymond Williams, in his moving novel Border Country, demonstrated the sense of loss when someone on an upward trajectory left their roots forever. This was a loss both to the individual who left and the community left behind.

Williams also argued that encouraging people to climb a social ladder “weakens the principle of common betterment”. Here we have the crux of the argument which runs throughout the book. Todd pits the idea of meritocracy, which many Labour politicians have championed, against the idea of fostering social equality. For her, it is not a question of letting some people climb the ladder and hoping they will not pull it up behind them, but a question of developing everyone. For the many not the few, perhaps?

This is a compelling argument, but there must be ways in which we bring everyone up together while giving those with particular aptitudes the chance to progress as far as they can. Not everyone wants, or has the ability to become a top epidemiologist. If not, they should be able to enjoy a secure, rich and fulfilling life which is not stalked by poverty and insecurity.

Is it a question of rebalancing the two rather than replacing one with the other – a change of emphasis? After all, the social scientists of the ’50s and ’60s who had come up through a meritocratic route were very successful in promoting the idea of social equality. They were, of course, strengthened by the prevailing political mood at the time. Further back, in less auspicious times, people such as feminist and educationist Ellen Wilkinson used their hard-won educational advantage to campaign for equality and justice.

Turning to more recent history, Todd acknowledges the crucial difference between the Labour governments of Tony Blair and Gordon Brown and the coalition government of 2010:

She goes on to show how Labour’s welfare programme reduced child poverty between 1997 and 2010 thanks to policies such as Every Child Matters, Sure Start, the Educational Maintenance Allowance and increased investment in comprehensive schools. But, she argues, these strategies were eclipsed by New Labour’s emphasis on aspiration, low taxes for top earners, and the disparagement of ‘bog standard comprehensives’. The emphasis on meritocracy and competition was too strong.

I cannot do justice to the richness of this book without picking out some details from the many personal stories that illustrate the narrative and give flesh to its bones.

One is about John Grey, the son of a Scottish shepherd, who was born at the end of the 19th century, went to secondary school and became a clerk with the Bank of Scotland. As a working class boy he found it stressful, even asking for a demotion at one point. He achieved respectability and security but always maintained strong family ties, even though his occupation had taken him well away from the land.

Edith Hall was a working class girl born to factory worker parents in 1909, who had to struggle against prejudice to enter the nursing profession. She only lasted a year, probably because she could not afford the examination fees, the uniform and breakages, and ended up a poorly paid hospital orderly. It was poverty that curtailed the aspirations of women like Edith. 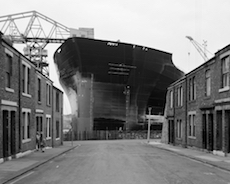 In 1931 Harry Atkinson lost his job as a boilermaker in the Wallsend shipyards (pictured left) after completing his apprenticeship. After a period on the dole, he found a job as a shipyard labourer, which he held for the next 30 years. He was one of the many skilled labourers who fell out of work and ended up in unskilled work. Unemployment blighted the lives of workers in the 1930s.

Albert Halsey, the son of a railwayman, got a place at the London School of Economics in 1945 when he left the Forces. He became a lecturer at Oxford University and later an adviser to Tony Crosland at the introduction of the comprehensive system. With Jean Floud, he was instrumental in scotching forever the myth that intelligence was inherited and fixed. His wife let her own social work career take a back seat in order to support her successful husband.

Ruth Hirst of Leeds was 22 when she first found out about Ruskin College, Oxford. Aware of the unfairness suffered by working class people, and women in particular, she received her political education from the Labour Party’s Young Socialists. Unlike many working class students at elite universities who felt out of place, she thrived in the group of trade unionist and socialist students at Ruskin.

Ruth later became an advice worker at community welfare law and rights centres. Her words show that combating inequality is about more than just improving economic conditions; it’s also about giving people power and agency: “The more information I could impart to people … the more power they had in their own lives,” she says. “I felt I could stand alongside them not over them.”

Debbie Morgan, born in 1980 in Wales, was the first of her family to go to university. She came home to look after her terminally ill mother and completed her degree with the Open University, attaining a first class degree. Student debt and the need to work forced her to take the first job available and 10 years after graduating she was employed in a non-graduate role as a library assistant. By 2016 she was anticipating redundancy.

These stories of upward and downward mobility show how complex and context-dependent this phenomenon is. They demonstrate the inadequacy of focusing on social mobility in tackling inequality.

Although Selina Todd is an academic historian and the book is extensively researched, it is readily accessible to a wide readership. Moreover, she does not just make a strong argument; her conclusions are more than a summing up: they are a manifesto for change. Her recommendations for replacing social mobility with a commitment to equality and innovation are:

At the book’s launch, just after this year’s spring budget, I asked Selina Todd if the best we could hope for was that the Tories would steal some of Labour’s clothes. She counselled me against despair. The book is full of stories of the collective efforts of ordinary people in both the public and private sectors, local and national politicians, academics and social scientists, the trade unions and organisations such as the Workers’ Education Association.

It is a long revolution but we need to keep our spirits up.

Snakes and Ladders: The great British social mobility myth, by Selina Todd, is published by Penguin and available for £25.00.