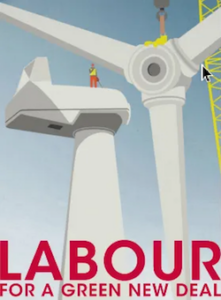 With COP26 hurtling down the road, Labour’s shadow chancellor, Rachel Reeves, seized on Rishi Sunak’s decision to halve duty on domestic flights and freeze duty on petrol and diesel as further evidence of the government’s failure to meet the challenges of climate change.

Labour is right to step up criticism of the Tories for lack of leadership on the issue. Sunak’s duty-cutting announcements came in the wake of widespread criticism of the government’s climate strategy, unveiled in October, and the absence of any serious carbon-cutting investment initiatives (other than a new nuclear power plant).

Ed Miliband, Labour’s shadow secretary for business, energy and industrial strategy, has called COP26 “the most consequential summit that has ever taken place” and even before the budget identified a chasm between government rhetoric and action.

By contrast, Labour has said it will spend £28bn every year till 2030 on tackling the climate crisis, support developing countries by restoring cuts to overseas aid, pressurise the big emitters to phase out fossil fuels, create a net-zero test for all government spending, and require financial institutions and FTSE100 companies to publish their carbon footprints.

On the left of the party, Labour for a Green New Deal has been supportive of some front bench statements on climate change while calling for a stronger message on the need for public ownership of energy companies to meet climate targets. The group, in alliance with others, was successful in getting a motion for a ‘socialist green new deal’ passed at conference, albeit alongside a weaker, GMB-backed motion. 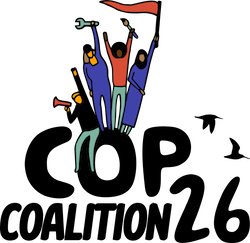 Further afield, a huge array of campaigning groups, NGOs and trades unions are backing a COP26 Coalition calling for tougher measures to meet the agreed target of 1.5oC set at the 2015 Paris summit.

They are highly critical of some of the measures likely to be negotiated at COP26 around carbon emissions trading and the use of ‘unproven technologies’. They are calling for zero, rather than net zero, emissions, and for a ban on any new fossil fuel investment.

Although these groups are undoubtedly correct to be wary of the complex accounting around emissions reductions that bedevilled the Kyoto Protocol of 1997, and of the ‘green washing’ activities of multinational corporations, their demands lie at the outer edge of what is possible when the parties convene in Glasgow on Monday.