CHRISTOPHER OLEWICZ celebrates the arrival of a new addition to the co-operative movement, one based on the same vision and principles as the 19th pioneers. A ‘new Rochdale’ is within our grasp, he says. 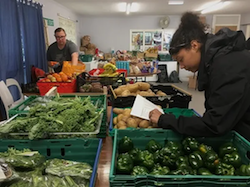 Why are people starting food co-operatives now? Because they have collectively decided that the best way to support themselves is to pool their resources, so they can buy the food they need, in bulk, at cheaper prices. In doing so, they are building up a fresh community spirit in areas of the country often considered ‘left behind’, and making the luxuries of life that little bit more affordable.

More importantly, perhaps, these people are discovering co-operation. One hundred and eighty years ago in Rochdale, a group of ordinary workers reached the same conclusions as Cooperation Town and its 21st century activists – that individuals cannot always rely on the government of the day to help make their lives secure.

Rather than wait for a favourable outcome in a future election, these activists realised working people can improve their lives through self-help and community. After more than a decade of austerity, and 40 years of technological upheaval, they decided enough is enough.

The co-operative movement has always been built from the efforts of ordinary people sharing that singular vision – the idea that through voluntary association, communities can make themselves self-sufficient, independent from the ‘middlemen’ who charge high prices for low-quality goods and services. By contrast, at a ‘co-op’, members can buy high-quality, unadulterated food and home items at affordable prices, with profits distributed among members, just like a corporation.

‘Every street, every town’

Cooperation Town describes itself as “a new network of community-led food co-ops, organising on streets and estates across the country”. Cooperation Town co-ops, it says, “are small buying groups, providing their members with free and affordable groceries, sourced in bulk and distributed at a very low price”. 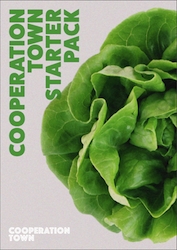 They are owned by their members and run according to local needs by the members. While each co-op is independent, the network is designed to share resources and support across the movement. “Our vision is for a food co-op on every street in every town,” says the organisation.

Set up in 2019 by a north London group of community activists and council residents, it published its ‘Starter Pack’ in 2020 and now supports food co-ops in cities across the country, including Hull, Bristol and many others. It recently formed a partnership with Enfield council to help it set-up food co-ops in that in north London borough.

At the Sheffield Co-operator we’re hoping to do our bit. We marked the paper’s recent centenary by stating our desire to inspire a number of Co-operation Town co-operatives in Sheffield, and by re-printing the network’s original Starter Pack. Across a series of articles, our aim is to show that there is a place for consumer co-operation in the 21st century just as there was in the 19th; that all it needs is a small number of people willing to give up a small amount of time to make it work.

Co-operation should be extended to all people regardless of their income or background. If properly supported by the wider movement, local councils, and politicians, Cooperation Town co-operatives can provide an alternative means of supporting people who are short of money, hopefully saving them from the indignity of relying on foodbanks.

An estimated 40% of all Universal Credit claimants are in work. The cost-of-living crisis is real, and it cannot be solved by accusing those without money of being lazy. Across the country, people are trying their best to make ends meet, and it is simply not possible for them all to relocate to London, where up to a third of the new jobs over the past decade have been created. To suggest that people can ‘get on their bikes’ to find work’ wishes away the problem of under-employment without facing up to the realities of economic change, driven by technology, that have created a new generation of low-paid jobs with no security.

In the past, the Conservative Party and its friends in industry have feared co-operation because it promised a very different economy, one in which shareholding – through co-operative society membership – was widespread. 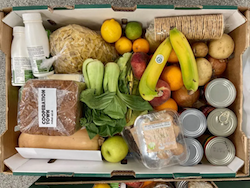 Co-operators have always imagined a co-operative commonwealth could challenge monopoly capitalism, which restricts the benefits of enterprise to a small pool of wealthy investors. Co-operative societies reward members in proportion to the amount they spend. Those with more capital gain more, but their investment helps to grow the society to the benefit of all members.

The Conservatives tried to suppress the growth of the co-operative movement to the benefit of private traders, suggesting that people who were poor did not have the skills to run a shop, that they ‘did not know the trade’. When they were proved wrong, shop owners conspired to make sure that wholesalers would not sell to co-operative societies.

Later, when the movement expanded into other sectors, such as clothing and electrical items, large manufacturers refused to sell their products in co-operative stores. Those with political influence attempted to have the laws changed in order to undermine co-operative retailing, accusing the movement of being a socialistic menace. In reality, co-operatives were democratising capitalism.

Now, as ever, it requires brave local residents to take the plunge. Creating co-operatives requires the support of local authorities, although not so much that they are ‘institutionalised’ or ‘co-opted’ by the council. It is important for those with power to be supportive, but control must ultimately rest with local residents who set up co-operatives street by street, estate by estate.

The only way ordinary people can defend jobs and the quality of their food is to pool their consumer purchasing power. Through co-operative membership, members can access the food their families need, and support the creation of more jobs by increasing demand for certain foods to a level that can support employment.

Co-operation Town is but a start. A ‘new Rochdale’ is within our grasp if we want it. Why can’t the consumer co-operatives of yesterday be reborn, with memberships and dividends, helping people to save and increase their financial independence?

There is nothing to stop us except our own lack of effort. There is no point in waiting for the government. Set up a Co-operation Town food co-operative with your friends and neighbours, and you too can give new life to a movement with a radical purpose.

Christopher Olewicz is a historian and director of Principle 5: Yorkshire Co-operative Resource Centre based in Sheffield.

A slightly longer version of this article was first published in the Sheffield Co-operator newspaper, published by Principle 5.