Open Labour has launched a comprehensive new position paper setting out what it describes as “Britain-boosting” policy ideas to “enable people to live freer, happier and healthier lives”. 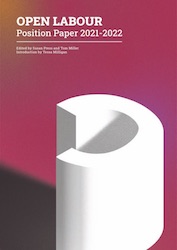 The document covers a wide range of areas from health and social care to education, housing, work and welfare, crime, the constitution, transport, equality and Labour Party reform.

Agreed unanimously at its AGM earlier this year, the paper aims to show how a future Labour government could “enable people to live freer, happier and healthier lives”.

“We clearly set out how we will make lives better, a message of hope amid increasing despair at what is happening to our country,” it says.

Urging Labour to move on to its “next phase of attack”, it claims the leadership needs to show “much greater confidence in our party’s values” and “resist taking sides between groups of voters, playing into the identity tests used to sow division and culture war. We must offer unity based on hope, counteracting Tory division based on hate.”

In her introduction, Open Labour chair Tessa Milligan writes about the dangers of another Tory election victory and the opportunity a bolder Labour Party has to change the agenda.

“The political project of the right in recent years has been about exploiting the feeling of a lack of control over our lives and using it to usher in sweeping ideological changes which exacerbate these concerns rather than address them, using a rhetoric that puts the blame on ‘others’,” she says.

“For Labour, the response must be about giving a voice to the diverse communities which make up our society, empowering people in their places of work, addressing inequality and strengthening rights and freedoms to give all of us greater personal stability.

“Policy differences within the Labour Party may feel large at times. But it is important for us to keep some perspective.

“We must now work together to build a better Britain. A place where we value our health, happiness and security and appreciate those qualities as going hand-in-hand with our economic success and international reputation. A place which works for everyone, in every nation and region across our country.

“We cannot achieve this without a Labour government. One which is prepared to fight for the radical upgrades needed to propel our country forwards and create lasting, positive change.”

The Open Labour Position Paper 2021-2022 is available to download here.

Or you can read Labour List’s useful summary of the positions adopted by Open Labour here.