The Social-Democratic Federation had various names and endured many splits during its existence, but at its best it embodied the crucial and often neglected link between socialism and democracy. PAUL MAYNE reviews a new book on one of Labour’s founding organisations.

The Social-Democratic Federation, or SDF, will be something of an obscurity to the wider readership, some of whom may be aware of the Fabians and the Independent Labour Party (ILP). 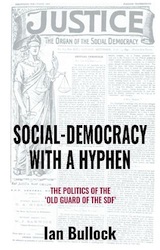 The Democratic Federation, the Social-Democratic Federation and the British Socialist Party (BSP) are all names by which the SDF was known at various times. After a split in the BSP in 1916, the majority of members went on to form the largest component of the Communist Party of Great Britain (CPGB) in 1920. It is the minority faction, known in Napoleonic style as the ‘Old Guard’, that is the topic of this book by Labour historian Ian Bullock.

It is often overlooked that the SDF were among the founders of the Labour Representation Committee (LRC) in 1900, along with the ILP and the Trades Union Congress, and had their foundation in the early 1880s, a decade before the ILP was formed in 1893. The SDF was largely London based, but with a strong foothold in industrial Lancashire.

This book brings specialist knowledge to a wider readership and facilitates an understanding of the politics of the period, covering issues and developments such as new unionism, women’s suffrage, the ‘Great War’ and the Russian revolution.

The old political joke about the left runs that the second or third item on any body’s agenda is the split. Bullock takes us through the debates that brought such schisms in the SDF, as well as the various changes to the party’s name. The subtitle of the book, The politics of the ‘Old Guard’ of the SDF, indicates his line of thought and area of exploration.

The author follows the writings of various SDF members in the party’s newspaper, Justice, in particular those of HM Hyndman, the party’s founder. At first, he appears to today’s reader as a rather rebarbative upper middle-class Tory-turned-leftie. But Bullock uses Hyndman’s writing as a way to guide us through the period, bringing insight to the various organisations he was involved with – from the Democratic Federation through to the BSP, and from there to the formation of the CPGB in 1920, which Hyndman opposed.

Bullock concludes that Hyndman (pictured below) was a man of his time, that although the 21st century reader may find his imperialism, jingoism and antisemitism repellent, that should not negate the social-democracy he advocated, for it was not without merit and his role has too often been given short shrift.

Referencing the title of the book, Bullock explains why the hyphen in the party’s name is important. He points out that the punctuation mark distinguishes the beliefs and principles of the SDF, which linked socialism to democracy. He argues that it saw democratic change as a necessary route to socialism, and traces the SDF’s forerunner, the Democratic Federation, back to the Chartists. Indeed, the SDF took up Chartist themes and extended their demands. After becoming overtly socialist in 1884, the SDF also became wary of organisations such as the Labour Emancipation League and Labour Representation Leagues, seeing them as Liberal Party vehicles. 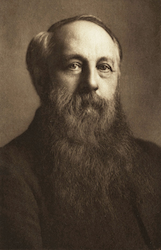 The SDF was not anti-trades union in its politics, and was supportive of strikes, although it considered them to be limited in effect and saw a legislative parliamentary route to improved conditions as more valuable.

The federation was also wary of the old craft unions and had close connections with the new unions of the unskilled. Will Thorne of the Gas Workers’ Union and Ben Tillett of the Dockers’ Union are notable figures within Bullock’s text. He also notes that it was the failure of the Manningham Mills strike in Bradford that led to the founding conference of the ILP in that city in 1893.

The section on the founding of the ILP sheds light on the lack of unity across the left at the time. Organised workers were coming round to the idea that their interests were not best served by voting Liberal. Indeed, the ‘Independent’ in the ILP’s name, meant independence from the Liberal Party. That was despite the presence of Lib-Lab miners’ MPs who had been in parliament since the 1870s.

The SDF believed, initially, that the ILP would be short-lived and eventually absorbed into the Liberal Party, although six SDF members from Lancashire did attend the Bradford conference and there was an attempt to unify the bodies, one sabotaged by the ILP leadership.

The formation of the Labour Representation Committee in 1900 is covered in detail. The SDF participated in the process and then withdrew some months later, a decision motivated by its desire to maintain socialist integrity. An example of the purism that often ran through the party, it was regretted later by some, particularly among the ‘Old Guard’.

The SDF did have some influence at Labour conferences through trades union delegates, but this attracted criticism from Labour personnel who accused it of “attempting by a side-wind to get its policies adopted”. Debate continued within the SDF on whether to re-affiliate to the Labour Party and when this did eventually happen in the aftermath of the Russian revolution, the federation came to be seen as on the Labour right because it rejected the Bolshevik’s version of socialism.

Bullock gives detailed accounts of the various debates within the SDF, some of which are a little bewildering. A simple time-line of the issues and associated name changes over the period would have made it easier to keep track.

The material is handled well, however, placing the reader within the debates. That the SDF was the first British Marxist party merits this exploration in and of itself. Bullock explains that Marx was seen as an important theorist, but not above criticism.

The differences between the Fabians and the SDF are boldly stated in that the SDF accepted their own version of Marxism while the Fabians did not accept Marx at all. The SDF took the line that Fabianism tended to be undemocratic and bureaucratic in its approach, an example being the Fabian’s advocacy of the 1902 Education Act.

Bullock’s analysis of the SDF suggests that it was the grit in the oyster of the British left – engaging in debates and pressing for democratic and socialist change, but often coming into dispute and dividing among its own members as well as differing from parallel organisations such as the ILP and the Fabians.

The book well illustrates the SDF’s missed opportunities for influence and explores the reasons in detail. These can be summed up as a purist approach to social-democracy, the conclusion being that as politics in the 20th century developed, social-democracy lost its hyphen and became a synonym for moderation, leaving the political left characterised as embodying Leninism of one degree or another.

Bullock has provided a detailed history of an organisation while thoughtfully striving to revive and restore the hyphen, to reconnect socialism with democracy. It’s an important process that is long overdue.

Paul Mayne is a member of the North East Labour History Society, an active member of Unite Community, a member of Jarrow CLP and ward delegate to the general management committee.

Social-Democracy with a Hyphen: The politics of the ‘Old Guard’ of the SDF, by Ian Bullock, is published by Grosvenor House Publishing (2022) and available for £9.99.

Ian Bullock is a socialist historian and author of numerous books including Under Siege: The Independent Labour Party in Interwar Britain.