Politic Man, Alison Mead’s play about pioneering ILPers Ada and Alf Salter, is all set to go ahead with performances lined up at venues across London in May and June. 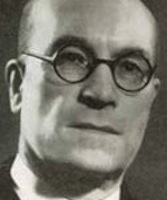 The play tells the true story of the Salters, the ILP couple who transformed an impoverished area of south east London in the first half of the last century with their ‘Bermondsey Revolution’ of local health care, house building and environmental change.

A 15-minute extract from Mead’s play was performed at the Cockpit Theatre in Marylebone in October 2014, and the full play was read by three4all theatre as part of Roundabout Nights at the Alexandra in Chatham later that year.

But funding from the ILP and other organisations is now in place for a a series of performances later this year. Rehearsals are due to start in 25 April.

The Salters’ story is an almost forgotten gem of Labour history, telling how the brilliant doctor, Alf Salter, and his campaigning wife, Ada, dedicated their lives to the people of Bermondsey, a slum area overrun by squalor and disease.

Alf introduced a free local health service for the poor long before there was a national health service, while Ada campaigned to improve housing and the environment, building gardens as part of a local ‘beautifcation’ programme.

Six performances of Politic Man have been organised so far:

More performances may be added in the future.