Can the powerful slogan of the Brexit Leave campaign be harnessed by the left? BARRY WINTER argues that it is already gaining purchase among campaigners, politicians and organisations.

“‘Take back control’ was the compelling message that attracted many voters to Brexit. It’s not just about borders and laws. Many people feel a sense of loss as their once-thriving communities face steep decline, denied the investment and jobs they need to sustain families and communities, particularly in the industrial heartlands…

“The old top-down elitist politics has failed, so Labour must offer radical change that gives people the control they need to shape their own lives. Populations are drifting towards right-wing populism because they see neoliberal democracy is failing and we haven’t yet offered a progressive alternative that is compelling enough.”

These are not my words but those of Steve Reed, Labour MP for North Croydon and former leader of Lambeth council. Located, I think, on the centre-left he provides a helpful guide to the discussion.

He adds: “For democracy to prevail, we must make it about people, a radical distribution of power that reshapes our politics, public services and the economy.

“What people need is the power to assert their own voice and the means to make organisations accountable to them. This is about control, not just choice. Choice on its own is not enough… People need the power to make change happen on their own terms.” 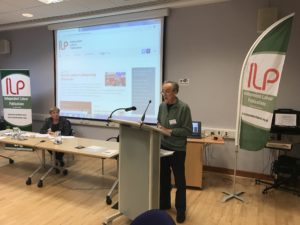 Here is another Labour MP on the same subject: “This is a moment of profound change when the collapse of neoliberalism, and the age of anger it has engendered, has not yet given way to something new. What is certain is that change is coming.

“‘Take back control’ caught the mood in towns like mine like no other slogan in my lifetime. The EU vividly symbolised remote, unaccountable power. The referendum was the best mechanism in decades to voice frustration with the status quo. It became a tug-of-war between those who do and don’t have agency over their own lives.

“The clearest divisions were geographical (cities voted to remain, towns to leave) and educational – a degree the best predictor of how you would vote. Steadily and increasingly there are now two Englands that sit unhappily side-by-side.

“Everywhere I went the sentiment was the same… People were watching the things that mattered most disappear.

“Towns like Wigan, Bolton and Bury experienced the loss of good jobs, leaving scarred communities, [and] the loss of pubs, youth clubs and libraries. Bus services have been decimated. The changes have ripped the beating heart out of communities. No wonder the sharp increase in loneliness; no wonder the anger.”

The speaker here is Lisa Nandy, MP for Wigan, addressing a meeting of Compass. We live in “an age of anger”, she added. “The left’s dilemma [is] how to heal a divided and angry culture – the answer is power.”

Both these MPs ably and succinctly sum up some of the key political issues of our time.

Along similar lines, journalist Simon Jenkins wrote recently that people have lost that crucial element of democracy – a degree of empowerment. “Two years ago, Brexit offered to ‘give them back control’,” he comments, “and they decided to take it. It was the cruellest of deceptions.

“In one area after another austerity has stripped councils of all discretionary spending on day centres, libraries, nurseries, care homes, visits to the elderly, public gardens, minor road repairs. The services that enrich and enable local life are being cut back,” he writes.

“It’s a battle over how to regenerate elective democracy at the grass roots.”

A recent edition of the Big Issue North carried an article by Pascale Robinson on the same theme, but with a different focus. Robinson is the organiser of the Better Buses Greater Manchester Campaign.

She points out the buses make up 80 per cent of public transport journeys in the city. They are, she says, “the backbone of local economies and our ability to access jobs. When they are unreliable they hold us back. Some 37 per cent of job seekers in Greater Manchester cited transport as one of the key barriers to getting a job.”

“So why isn’t our transport up to scratch?” she asks. “Why are our buses expensive, late and infrequent?” Her answer: the present system prevents most local authorities from running the service.

“Currently, most bus networks across the country – including Manchester, Liverpool, Leeds and Sheffield – are deregulated, except for a few pockets. Bus companies only run the services they want to, and they set the fares.”

Local authorities, she says, “are at the mercy of big bus companies, who run the profitable routes and take public money to foot the bill of other services… We have a patchy, fragmented network for which no-one takes accountability. It works well for the bus companies. Some 40 per cent of their revenue is public money.”

Rowenna Davis, a Blue Labour activist, adds to the theme when she suggests that local hospitals could be run more effectively if control was split one-third nurses and doctors, one-third patients and one-third the state. Schools, transport, energy and housing organisations could use the same formula, she adds.

“People need a genuine stake over the services that impact on them and their families,” she argues, stressing “the need to create a shared story and purpose that provides us with a common narrative” to bring people together and revitalise institutions.

Another important dimension was illustrated by a Guardian interview with Temi Mwale, a 23-year-old award-winning social entrepreneur from Barnet, north London, who in 2012 set up the 4Front Project, a support service for 11-25-year-olds in prison, schools and local communities.

It was a response to the murder of a childhood friend at a party. Last year, a record number of teenage black men were stabbed to death or shot in London.

“We deliver one-to-one emotional support services for young people who have been the victims of violence or affected by it,” explained Mwale. This includes mentoring, counselling and support from a network of role models. The project’s youth workers also support children who have been excluded from schools.

Mwale identifies growing poverty as the source of the violence, with welfare spending for the UK’s poorest families set to shrink by almost a quarter by 2021.  “When does the government take responsibility for the violence it inflicts on others?” she asks, pointedly.

To date the Tory flagship council in Barnet has imposed deep cuts while outsourcing services. It has reduced its own staff from 3,200 to about 350. More cuts are scheduled. “We have been abandoned,” Mwale declares.

Since its foundation, 4Front has helped hundreds of young people, reclaimed buildings abandoned by the council, re-opened the library after two years of closure, and set up a boxing club. Plans are underway to transform a derelict chemist into a music studio.

It’s quite a remarkable set of achievements, but Mwale’s aim is to restore pride in her local area. “I want local people to be able to shape what’s happening in these spaces,” she says, “to have more ownership and feel more empowered, so that we can actually feel proud, not just to live here but to be from here.”

Yet another aspect of ‘taking back control’ comes from the work of the New Economics Foundation, which published a report recently calling for the UK to take back control of our money supply.

The NEF report declares: “It’s widely assumed that the Bank of England creates money. In fact, only 3 per cent of the money in circulation is physical cash. The other 97 per cent is produced online by the big commercial banks. And what’s more they make whopping profits from doing so.”

The report notes that “between 1998 and 2016, Britain’s commercial banks earned £23 billion pounds every year from making money online”. This hidden subsidy makes up over 70 per cent of the banks’ profits. It allows the banks to generously reward themselves and otherwise act irresponsibly, as we saw in 2007/08.

The authors calculate that if just 30 per cent of the money supply had been held by the Bank of England, the government would have gained £182 billion – “that’s over six times the projected NHS funding gap”.

In her foreword, general secretary Clair McCarthy writes: “Public ownership is now a mainstream political position. The majority of the population support public ownership of the railways and the key utilities like water.”

The report notes that in a recent poll 65 per cent of the public want to renationalise Royal Mail, 60 per cent the railways, 59 per cent water and 53 per cent energy. Sectors privatised in the late 1980s and early 1990s are “coming apart at the seams and increasingly exposed as a failure even in their own terms”, she writes.

State-owned companies from other countries now account for 25 per cent of our energy sector “and a whopping 68 per cent of nuclear power. Half the 1.7 billion passenger journeys made each year are by trains ultimately owned by overseas companies.”

The report duly notes: “The future of the UK’s energy, water and railways are part of an emerging discussion about public ownership and ‘taking back control’.”

If elected to office, the Labour Party leadership is considering holding a constitutional convention on devolution and wider democracy, although details remain rather vague  at this stage. And it has already issued an interesting publication on Alternative Models of Ownership, which is very radical but not formal party policy.

More positively, John McDonnell gave a speech last year in which he stated: “It is the task of elected politicians to ‘open the doors’ of the state and transform the relationship from one of dominance into one of democratic engagement and participation.” In other words, you ‘gain power to empower’.

On another occasion, he promised the party’s next manifesto will be much more radical than the last one, which he described as “tame”. And Jeremy Corbyn has called for the left to take back control, which makes me wonder whether it might be the party’s next election slogan.

Whatever Labour does, we need a broad movement for real change. To ‘take back control’ requires an alliance of parties, movements and campaigns. Given the fierce and well-funded opposition that will be mobilised against us, I’d suggest we need a dynamic movement campaigning on several fronts but with a common narrative that bonds them together. Then we could start to restore hope to our much-troubled society.

Finally, I want to offer one more example – that of a much-loved primary school in a small market town in Essex, which the government plans to hand over to an academy chain.

The Guardian correspondent, Aditya Chakraborrty, reported from a packed town hall where parents, children, teachers and dinner ladies gathered to protest after they heard the news. The audience passionately didn’t want this to happen, he writes: “Yet, the horrible truth that emerges over the evening is that they have precisely no say in its future.”

In fact, more than 7,000 state schools have already been disposed of in this way in England since 2010. Public assets, built and maintained by generations of taxpayers, are being gifted to academy trusts, Chakraborrty writes, costing £745 million of taxpayers’ money, according to the National Audit Office.

One thing is clear, the parents in Essex are mounting a formidable fightback. They are not taking it lying down. The idea of ‘taking back control’ would have a strong resonance with them. Hopefully, it does with many others.

This article is based on Barry’s talk at the ILP dayschool on ‘The Future of Progressive Politics – Taking Back Control?’ in Sheffield on Saturday 8 December 2018.

See also: ‘The Future of Progressive Politics’ by Andrew Gamble.