MARY STRATFORD reports from the north east where the spirit of ’84 has stirred local communities and Labour members into building support groups and solidarity networks in response to the Covid crisis.

For a county with a rich tradition of mining and self-help, it comes as no surprise to see the former mining communities of Durham come together to support one another and those most vulnerable within our communities at this time of crisis. 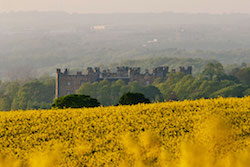 Covid-19 mutual aid and community support groups emerged (largely via Facebook) from the very early stages, organised by widely varying groups – from local individuals (mainly women) in small former mining villages such as my own, to already established community networks (often linked to local foodbanks, such as the East Durham Trust and Pact House in the Stanley area).

But there have also been some very notable responses from local Labour Party activists, especially in the North West Durham and Bishop Auckland constituencies.

They way these groups organise depends on local need and in many ways is reminiscent of the efforts of local communities during the 1984/85 miners’ strike and, of course, of the struggles of the 1920s. They are also connected, again as in the 1984 strike, via a county-wide mutual aid group to ensure need is met everywhere.

Alongside these local initiatives Durham County Council has taken a lead role in co-ordinating information which is shared between the groups, while its website lists all organisations across the county that are able to assist.

The Labour-controlled council (which was not popular prior to the crisis) has responded quickly and effectively, demonstrating a commitment to its community.

One example of this was its role in ensuring local small businesses promptly received the grant promised by central government and its delivery rate here far exceeded that in many other local authorities, garnering some positive media coverage. The council also responded quickly to ensure PPE equipment was delivered to local care homes once the scale of the problem was realised.

It is at a community level, however, that so much of the positive work is being done.

In my own village of Lumley the local support group has more than 350 members. It is coordinating support and organsing food deliveries, prescription collections, and seeking to identify anyone in need. Its services extend to dog walking for those who have to self-isolate while it’s also working with other groups to make and deliver homemade PPE equipment.

In addition, the local Methodist church has built on its weekly luncheon club and now has a significant team of volunteers who deliver a free home cooked meal twice a week to vulnerable people in the community (some 116 and rising). The village has rallied around this service which is being funded via the local councillors’ area action partnership grant with contributions from the local football club, the toddler group, the two local stores and the co-op, among others.

It’s evident that neighbours are looking out for one another, and the weekly clap for the NHS is a moving reminder of community solidarity with those who are in the front line. One of the positives that will emerge from all this is that we are likely to remain far more connected to our neighbours and communities. The crisis has clearly demonstrated something we already knew – that when ordinary people work together collectively, they can achieve amazing things.

It has also demonstrated what a powerful force for good social media can be.

The response of the Labour Party across County Durham has varied. Some local parties such as my own have indicated that members should join in local initiatives. And many of us have done so. Others, such as North West Durham and Bishop Auckland have formed their own very successful support groups.

The Bishop Auckland group has just had a very positive write up in the Northern Echo celebrating their success. Many of those involved are stalwarts of the women’s banner group who will unfurl a new silk banner celebrating the women of the coalfield at next year’s Durham Miners’ Gala (or Big Meeting as we call it).

I feel the Labour Party should be highlighting and celebrating initiatives such as these as evidence of our commitment to our communities, for the party will be judged on actions not words in the aftermath of this crisis.

Other reports in our series on local responses to the coronavirus crisis include:
‘On the Ground in Croydon’, By Sean Creighton
‘Dronfield Still Blathering Despite the Lockdown’, by Harry Barnes
‘Calderdale Under Lockdown’, by Anne-Marie Graham