JEANNINE SUDWORTH reports from Leeds where council, club and community groups are coming together to help the city’s vulnerable survive the Covid-19 pandemic.

It seems strange to be writing about organisations that are helping in my locality during the crisis while I am self-isolating and rely on family, friends and neighbours for the shopping. 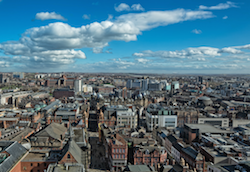 However, the response in Leeds, as in other areas of the country, has been remarkable. Local community groups, faith groups and charities have set up support networks for the most vulnerable. Rather than mention them all, though, I thought it best to report on the response of Leeds City Council and then highlight the work of some groups near where I live.

Before the lockdown, the city council was calling for volunteers to help vulnerable people in their areas with shopping, preparing and delivering meals, dog walking and to make check-in telephone calls to the most vulnerable. Four thousand volunteers signed up by 3 April and at present they have nearly 8,000.

A new hotline was established for anyone unable to leave their home and without family or friends to help. The council has partnered with Voluntary Action Leeds to coordinate local volunteering and to support those who get in touch via the hotline. There are now 33 volunteer hubs in in the city while 10,000 calls a week are being made to council tenants over 70.

Catering Leeds, which provides food for roughly 70% of schools has been preparing thousands of lunch boxes for children. In total 21,590 children a week are being supplied with free meals via schools and local hubs across Leeds.

Those who find themselves in food poverty can access help via the council’s Welfare Support Team. Self-referrals are made by contacting a free helpline, and anyone who is having difficulty is eligible.

The council has also used government funding to provide short-term accommodation for 208 homeless people and rough sleepers, and some of them are now staying at hotels in the city. Other charities helping the homeless in Leeds – Simon on the Streets, St George’s Crypt and Big Change – continue to offer support.

The council is also providing helplines and online resources for people with financial issues, and to explain the government initiatives to help those with financial difficulties. To date the council has also handed out £128m in grants to 10,341 Leeds businesses.

Of course, the cost of providing this support is high. On 11 April council leader Judith Blake warned that the city could end up tens of millions of pounds out-of-pocket because of the pandemic. The cost in lost revenue and extra services was estimated to be around £130m.

At that time only £22m had been received from the government, and despite the announcement of an extra £1.6 billion to help local authorities cover coronavirus costs, it’s thought this will come nowhere near to plugging the council’s costs.

In my local area in south Leeds two voluntary organisations, Holbeck Together and Slung Low, a local theatre group, formed a community anchor group to ensure vulnerable people in Holbeck were fed, cared for and listened to. Since the outbreak there has been a huge increase in the number of people needing extra support and the groups have partnered with other local organisations to deliver food and other vital resources to those in need. 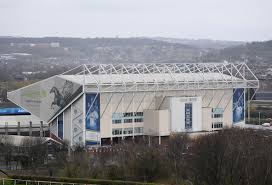 Of course, living only a stone’s throw from Elland Road, I could not fail to mention Leeds United. Leeds was the first professional football club to agree a deferment of wages for their playing and coaching staff, to help ensure non-playing staff and casual workers were paid for an indefinite period during the crisis.

At the beginning of the lockdown the club donated all the food it held in stock at Elland Road stadium for match-day catering to Holbeck Together to distribute or use for hot dinners dispatched into the community. They also sent some to frontline workers who were not finding time for a decent hot meal.

The club has been supporting the South and East and the North and West foodbanks in the city for a while. First team players have been making anonymous donations to the local foodbanks managed by the Leeds United Supporters’ Trust. Last year the players donated food resources, but in the current crisis they have grouped together to make a sizeable cash donation, which will help hundreds of families across Leeds.

Holbeck Together has joined with the club to launch the ‘United Together’ campaign, which aims to raise funds for their vital work by asking fans to donate just £1 each towards food, support and essential items.

The Mental Health Foundation has warned about the long-term risk to mental health that the lockdown poses – with low-income communities like Holbeck and Beeston Hill the most vulnerable to multiple social and economic challenges. In an attempt to combat this, Slung Low has recently been inviting residents of Beeston and Holbeck to send in art work to display on lampposts and raise spirits throughout the area.

The Challenge aims to break the monotony of the lockdown, spark creativity, reduce stress, and promote wellbeing in the local community. Each family receives free ‘Challenge Packs’ containing the necessary resources and materials. The first pack featured a sunflower growing competition; cooking and baking activities; information for making a sundial and a rain gauge; inspiration for mindful relaxation; instructions for daily sport challenges; and much more.

New and varied organisations are coming to prominence all the time, but most importantly, there has been a huge uprising of goodwill in local communities.

No doubt we will continue to need this spirit and these city-wide resources more than ever over the rest of the year when we start to come out of the crisis. Food poverty, unemployment and uncertainty about the future will be with us for some time to come.

This is the ninth in our series on local responses to the coronavirus crisis. Previous reports come from Croydon, Dronfield, Calderdale, County Durham, Beverley,  Hackney, Lancaster and Great Yarmouth.
You can find them all here.