As Len McCluskey retires, the ballot to elect the next general secretary of Unite opens on Monday 5 July. For the union, Labour and the left, there’s a lot at stake. GERRY LAVERY assesses the field.

Three candidates are up for election – Gerard Coyne, described variously as a Labour centrist or on Labour’s right; and two from the political left, Sharon Graham, head of Unite’s organising and leverage department, and Steve Turner, Unite’s assistant general secretary.

Coyne is a one-time regional officer who was sacked by the union for data breaches following the last general secretary election in 2017 when he narrowly lost against two left candidates.

It was predicted he would not to make it on to the final ballot for the current election, but he exceeded the required 172 branch nominations by 24. Graham received 328 nominations, while Turner got 525.

The obvious danger for the left is a split vote, allowing Coyne to become general secretary, although it could have been worse, given that a third left candidate, Howard Beckett, withdrew, committing himself to a ‘blended manifesto’ with Turner.

Coyne, who’s thought to be Keir Starmer’s preferred candidate, is standing on an ‘honest Joe’ ticket of listening to and representing members’ interests. He cites feedback from members suggesting they want more support to defend jobs, pay and conditions, and less focus on Westminster.

He claims they are also critical of Unite spending £98 million on a hotel and conference centre in Birmingham. If elected, Coyne will establish an independent inquiry and set up an audit to ensure value for money more generally. He also wants to create a more inclusive internal culture and will set up a democracy commission.

Given his backstory, Coyne may well harbour a lot of resentment about his previous treatment, so some of his proposals should be seen in that light. There is very little in his election literature that talks of Unite members in class terms, of how they might be represented collectively and politically.

What’s more, his reluctance to engage in Westminster politics is an implicit repudiation of the historic role played by unions in setting up the Labour Party. Some also fear he would get rid of the union’s Community section and sever links with progressive external causes, such as the People’s Assembly, of which Turner is currently co-chair.

For members of a more progressive persuasion, that leaves us with the question of how to choose between the two left candidates, both of whom have impressive records on the industrial front and worthy and ambitious manifestos.

Graham’s is full of detail. She is very committed to growing the union’s industrial power through better organisation and training of shop stewards, and she wants them to form networks or combine within particular sectors, including transnational sectors to tackle global employers.

On industrial organisation, Turner’s original manifesto is less detailed but no less committed. His pitch rests on support for members and he sees shop stewards or reps as key, with training and workplace development among his innovative plans.

But Turner’s ambitions extend beyond the workplace too, as he presents a more expansive understanding of the union’s role, talking for example of a workers’ led Green Transition Team to create millions of new green jobs. It’s an impressive vision.

What’s more, he has been a long-established supporter of Unite Community. He helped acquire start-up funding for Community branches and has vigorously supported its campaigns, especially those relating to universal credit. He notes that no other candidate even mentioned Unite Community before the hustings began.

As for Unite’s relationship with the Labour Party, Graham is more cautious and argues against being too Westminster focused. She says there will be no ‘blank cheques’ for Labour, that funding will be policy dependent, and that parliamentary candidates sponsored by the union should have experience as shop stewards or reps. Her focus is more on bolstering a progressive movement outside formal politics where she hopes to engage with communities and intervene with practical help for campaigns.

Turner is thought to be more pragmatic in relation to Labour and certainly he has not advocated reducing or withholding union funding. Unite is by far Labour’s biggest financial backer.

But, contrary to some opinion within the union, Turner is very critical of Starmer and the current direction of the party. In a recent interview with Owen Jones, for instance, he criticised the suspension of Jeremy Corbyn and other party members, while he argues that Starmer was elected on a false mandate given his explicit commitment to party unity and core Corbynite policies during his leadership campaign, pledges he now seems to have abandoned.

A war of position

Turner’s answer, implicitly at least, is to engage in what Gramsci called ‘a war of position’, whereby an alternative vision is laid out, and ideas and forces are developed to shift the situation. He would take on the arguments within Labour and take Unite members ‘on a journey’ where they have no current political sympathies. 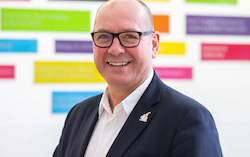 At one hustings meeting, Turner noted that 60 per cent of members who voted in the last Labour leadership election supported Starmer, while we should remember that four out 10 Unite members voted Conservative in 2019. Whether Turner sticks to this position in his new ‘blended manifesto’ will be interesting to see.

While both Graham and Turner have impressive track records in terms of industrial organisation and success, Turner’s is more longstanding. He is also a powerful negotiator, not just in industrial disputes but during talks with the Chancellor on furlough, for example, and the £20 uplift for universal credit at the start of the pandemic.

He outperformed every other candidate at the nomination stage and gained support from across a wide range of industrial sectors and regions. Although nominations are not necessarily a guide to the final outcome, to my mind he has the best chance of winning.

He is also backed by the Beckett camp and, if successful, will take aspects of Beckett’s pitch. But he would be well advised to reflect on some of the distinctive offerings in Graham’s manifesto too.

Of course, the dangers of a split left vote could have been avoided if Unite had a proportional election system. But we are where we are and progressive members have an important choice to make if Coyne is not to become the next general secretary.

My own assessment is that Turner has the more impressive skills and understanding, and is the better known of the two. His supporters now need to maximise his vote if we are to avoid a threat to the progressive cause that Coyne represents.

Ballot papers for Unite’s general secretary election will be distributed from 5 July while the deadline for voting is 23 August. The result will be declared on 26 August.

Gerry Lavery is campaigns co-ordinator for the Leeds Wakefield branch of Unite Community. This article has been written in a personal capacity and does not necessarily represent the views of his branch nor the ILP.