Like nothing before, the Covid-19 pandemic has alerted the people of Wales to the role of its government, and how different it is from that of the UK. ALUN BURGE wonders if the time has come for Home Rule.

Borders can be challenging places, often opening up different worlds. This thought struck me as I crossed the bridge into Wales recently. It is a familiar journey, one I have done many times since the early 1970s. There has always been the sense of warmth at returning to the familiar, of hiraeth (deep longing for the homeland) being addressed.

Yet this time it felt different. I experienced a sense of relief. I was returning to a place where I was grateful that my needs were being looked after, unlike the place I was leaving. 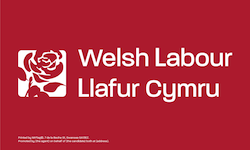 Here health care is delivered by the NHS, not by Virgin, or Serco, or G4S, or whomever has won the most recent contract. Prescriptions and hospital parking are free. When I turn on the tap, the profits do not go to shareholders but are reinvested in infrastructure by the not-for-profit Welsh Water/Dŵr Cymru. Here the rail service is nationalised – such a good idea it is even being taken up by those over the border.

And I started wondering at what point facts on the ground accumulate to the point where they form a critical mass? What does that mean? A combination of institutions, of legal frameworks, of ways of being, of community, solidarity and ways of doing things (what Raymond Williams called Welsh social relations), of belief systems, of identity or identities…

All my adult life I have been a British state socialist, recognising the transformative potential of collective political action. However, a shift of the political tectonic plates seems to be taking place. Traditional bonds of solidarity between Wales and other parts of Britain, bound by mining, docks and steel, have disappeared or are much diluted, and recent experiences are transforming perceptions of the relationship between Wales and the rest of the UK.

The election of Boris Johnson’s government represents a new type of narrow yet highly ideological English nationalist Conservative agenda. It is radical – even revolutionary – in the way it is overturning central aspects of British governance, such as challenging the role of government officials and the judiciary, and attacking institutions. Its abandonment of ‘traditional’ ways of operating, its nepotism, corruption and absence of moral values is changing the political dynamic in Britain. Its audacity is only equalled by its dishonesty and its incompetence.

There seems to be little likelihood of countervailing forces within the Conservative Party winning it back to former ways of operating. For the moment its populist approach has had an impact on sections of the English public, not least through Johnson’s persona, albeit less so in the metropolitan areas.

The use of friends and the private sector to address problems (and make profits) has been central to the UK government’s handling of the coronavirus pandemic, even when the local public sector provides a better, more experienced, lower cost, alternative.

In contrast, operating on principles of social solidarity and using local public services as the basis for its response, in Wales the crisis has been handled with honesty, decency and a genuine desire to act in the best interests of the people of the country.

The competence demonstrated by the Welsh government and by Mark Drakeford, the First Minister, has won plaudits and commands popular support. The gap in values and approaches between the two governments is becoming a chasm. Covid has accelerated the process of divergence. To misquote Lenin, we have been living months when decades are happening.

Against this backdrop, Johnson’s government is committed to using Brexit to reverse devolution and undermine the Welsh and Scottish governments. The UK government’s centralising tendencies provide a direct threat to devolved administrations, as it seeks to use the Internal Market Act, National Infrastructure Strategy and the Levelling Up Fund to shift the balance between Westminster, Cardiff and Edinburgh and to roll back devolution.

With an active programme of flag waving that conspicuously by-passes the Welsh government, each new piece of Westminster legislation is used to further undermine the current devolution settlement. This is more than a myopia that fails to recognise the existence of the devolved administrations; it is a conscious policy.

The May 2021 elections strengthened the sense that England, Scotland and Wales each now has its own separate polity. The electoral choices made by those populations increasingly reflect the three countries’ different ways of seeing the world and their value systems.

How should we in Wales respond to what is becoming a pincer movements of political forces in London, Scotland and whatever happens in Ireland?

Economic, political and demographic change means it is increasingly unlikely that it will be possible to achieve a majority Labour government in Britain, let alone a radical transformative one.

That, with a combination of Brexit, Covid and the nature of the Johnson government, means I find myself holding views that were inconceivable two years ago. I am no nationalist and would not advocate independence, but have to conclude that a change in the nature of relations between Wales and the rest of Britain towards some form of ‘home rule’ is necessary to safeguard the values for which Wales votes.

In his leadership, Mark Drakeford seeks to offer vision and direction. At the same time as he challenges the UK government in the most profound way on UK governance, he looks to shape facts on the ground in Wales into a political philosophy. Using that philosophy he moves to position his government to shape the country. In the naming of his government’s departments – the Department for Social Justice and the Department for Climate Change, for example – he makes clear what he wants and builds on the difference. Now the measure will be in the actions taken and the outcomes delivered.

However, important as they are, there are more issues to be addressed than the governmental and constitutional. They go beyond reserved powers and whether police and justice should be devolved, although that is part of it. A government sponsored ‘conversation’ about the constitution is also a good start. But more is needed.

The ‘Radical Federalism’ initiative that emerged early in 2021 was intended to stimulate a discussion in the constitutional sphere. There are other fronts that also contribute towards building a sense of being, extending as far as the cultural, sporting and linguistic. Laws, institutions and facts on the ground are one thing, but we also need to reach hearts and minds.

Should these multiple areas be left to grow organically so that over time a new reality is shaped? Or should they be formulated and articulated? Should there be a vision of what some form of home rule might look, feel and work like? Do we need to identify the processes and name them? Or would that in and of itself divide people who agree on most things but who would argue over the comparatively small areas of terrain where they do not agree in our respective versions of ‘the politics of place’.

Like nothing before, Covid-19 has alerted the people of Wales to the role of its government. Many sense that Wales has done better in some aspects than other parts of the UK.

However, what people might sense instinctively needs to be explained in terms of how and why it has been achieved. People’s gratitude to the government’s Covid leadership could be used as a building block for much more. Those values, organisation and collective ways of working that are central to the Welsh strategy could be used to underpin a radical vision of Wales that energises them.

In small ways it is already being enacted, as with the introduction of a Universal Basic Income pilot project, and in changing the school curriculum to include the histories of black, Asian and minority ethnic populations.

Wales is ‘walking the walk’ but now it needs to ‘talk the talk’ – the reverse of what comes out of London. The Welsh ways of working should be contrasted with the approaches of the Westminster government, with the differences broadcast loudly. Mark Drakeford’s profile is an asset to be harnessed in explaining why and how Wales is different, with the principles that underpin it.

The challenge is how to reach a population that remains largely politically disengaged. Paradoxically, the welcome recent online appearance of The National and Herald.Wales, to join Nation.Cymru, serves to highlight the absence of, and need for, quality mainstream Welsh national media where such a discussion could take place.

The last year has flagged up the imbalance in media power, our dependence on and the impact of a media directed from elsewhere. While there is value in the role of social media, there is no shortage of evidence that it can be an echo chamber.

This is an important moment for Wales. At the same time as we consider the respective merits of radical federalism, home rule or independence, there is a real threat posed to devolution by the UK government.

Progressive forces in Wales, of whatever stripe, may have to put aside their differences to defend the devolution settlement and the authority of the Senedd. There is much more in common between Labour, Plaid Cymru, the Liberal Democrats, the Green Party and social movements than divides them. This is a time to find unity in diversity.

Alun Burge worked in the Welsh government’s Department of Social Justice from 2002 and in local government. He also spent 15 years in international work, particularly in Latin America.

He was part of the group that published We, The People: The Case for Radical Federalism and Our Right: The People’s Convention in early 2021.