Many years ago, the Labour Party used to have workplace branches. I am unsure how many were ever in the end established. But they soon fell out of fashion, a consequence – I suspect – of campaigning priorities in the community and suspicion that they might become victims to far-left influence. 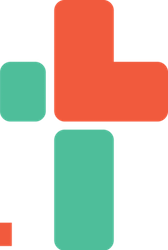 Maybe that was a mistake. Our party needs to be rooted in workplaces as well as in communities. We also need a strong presence within trade unions, influencing the important work that they do and providing a sense of moral, as well as economic, purpose.

Workplaces and trade unions need a Christian socialist voice speaking up for social justice and for the common good – a voice that will sometimes encourage action and will always stand in solidarity, but on other occasions, will counsel moderation, actively seeking win-win outcomes.

The Christians on the Left Trade Union Network hopes to occupy that space. And we have got off to a flying start with 37 members and rising. We have already shared information on the Tolpuddle Martyrs and current industrial disputes, highlighting opportunities for solidarity.

We have circulated an emergency motion condemning the Russian invasion of Ukraine and highlighting the need for extra government funding to integrate refugee children into nurseries and schools here in the United Kingdom.

The strength of the Network lies in our members. We are a diverse bunch of active union members from across the movement – from Unite to Community; from NEU to UCU; from PCS to FDA; from USDAW to the GMB, and many more.

Some of these unions are affiliated to the Labour Party, some are not. Some are considered ‘militant’ and others ‘moderate’, but each and all of them have Christians on the Left members active in their ranks, constructively supporting the important work that they do.

Show up, be active

Trade unions are stronger when their members are active. They are more likely to take representative decisions and less likely to act in ill-judged ways. But for this to happen, Christians and Christian socialists need to ‘show up’. We need to join unions and take an interest in their affairs, to vote in internal elections and on negotiated agreements. We need, in other words, to get involved.

Simply put, as it has been often said, the British Labour movement still owes more to Methodism than to Marxism.

And churches need to wake up too. Too many Christians, including those in leadership positions, see trade unions as a problem, even the enemy. It is an ill-informed and ill-judged view.

One example will suffice to challenge this. The World Organisation of Workers, one of the global union federations, celebrates its own Christian roots and its own strong sense of moral purpose in seeking workplace justice.

Before churches condemn, they really should dig a bit deeper and research a bit more. Christianity is not apart from the world at work, it is and has always been a part of it.

Together we can make a difference, not just in communities but in our unions and in our workplaces as well. It is time to act and to speak up. Or, as Proverbs 31:9 (NLT) has it: ‘Yes, speak up for the poor and helpless, and see they get justice’

That includes in the workplace.

Chris Wilson is trade union officer of Christians on the Left. He serves on the NEC of Community Union.

This article first appeared on the Christian on the Left website.