WILL BROWN reflects on a recent Compass paper on electoral reform, the union and devolution, that calls for Labour to be far more radical on constitutional reform than the current debates over proportional representation.

Keir Starmer’s statement ruling out any future deal with the SNP is an attempt to forestall Tory scaremongering ahead of the next election. But to have credibility and help rebuild Labour’s support north and south of the border, the party needs to be far more radical on constitutional reform. 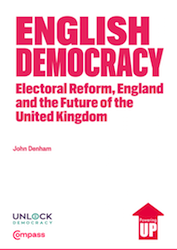 Currently the dominant options on constitutional questions are the Tory’s support for the status quo and the SNP’s troubled pursuit of a second referendum. If that remains the case, the charge will always be made that Labour would be forced to concede a referendum to secure SNP support in any future parliament.

It’s a charge that will continue to harm Labour’s appeal among English voters in particular. Putting a third option on the table, one that addresses problems across the four nations of the UK, would change the terms of that debate.

Of course, doing so would start to address deep-seated problems of UK governance regardless of electoral strategy. Desire to resolve the post-devolution difficulties of English legislation, or English votes for English laws (EVEL as it’s known); electoral reform; demands for further devolved powers for Wales; a resolution of the impasse in Northern Ireland; and the frustrations felt by local authorities and metro mayors in England all demand attention.

In this context, a recent essay from John Denham makes a valuable contribution. Jointly published by Compass and Unlock Democracy English Democracy: Electoral Reform, England and the Future of the United Kingdom argues that we need to bring together strands of constitutional change that are often kept separate. In doing so, Denham maintains, Labour can regain lost voters in England and set out a path for far-reaching change.

Denham begins by making a point not often articulated: that debates on the future of the union and (the lack of) electoral reform are deeply entwined with each other. “First Past the Post exacerbates tensions within the union by exaggerating Conservative dominance in England and Scottish National Party strength in Scotland,” he argues. “It feeds the perception of an ‘English’ UK government dominating the rest of the union.”

While acknowledging that devolution has created new political identities that are unlikely to change, Denham suggests that FPTP makes “England appear much more Conservative, Scotland much more SNP and Wales much more Labour than their real electorates”. The result is grossly unrepresentative, creating a system with an inherent Conservative bias in England and a marginalisation of unionist opinion in Scotland (only 11 out of 59 MPs for Scotland are unionist, despite over half of the Scottish electorate being unionist). It also entrenches division and polarises debate between English Conservatism and Scottish nationalism.

However, although electoral reform would create more nuance in terms of parliamentary representation, reducing the influence of the SNP and weakening the Tory’s English stranglehold, Labour needs to go further. Denham argues that electoral reform has to be joined with a radical rethink of government within England.

The problem of how to make English laws has been around since devolution to Wales and Scotland was first raised in the 1970s. However, the exaggerated presence of the SNP in Westminster raises the prospect of a Labour coalition or minority government relying on SNP votes to pass laws that apply only to England.

Furthermore, as Denham illustrates, significant segments of English voters – those who identify as ‘more English than British’ – want to see their voices recognised within central and regional government. Labour’s failure to address this fact has contributed to the erosion of the party’s support in England.

David Cameron’s answer, an obscure parliamentary EVEL mechanism to oversee English legislation, was abandoned by Boris Johnson amid his promotion of ‘muscular unionism’. “The abolition of EVEL,” Denham argues, “creates a huge opportunity for Labour to appeal to England’s voters.”

“When Labour ignores England and Englishness or, worse, sneers at and disparages both, it creates a barrier of distrust that is hard to overcome,” he writes. “And Labour needs to understand that behind the anger that led to Brexit lies a deep-seated demand to be heard that can be mobilised for radical and democratic reform.”

Addressing this issue would, of necessity, involve rethinking what Denham characterises as an over-centralised but uncoordinated and ineffective UK state, re-allocating powers down to nations and localities.

The package of reform Denham proposes thus includes some form of PR but also a range of other changes, ones that seek to remake the creaking, imperial, centralised UK state as a “union of nations”.

The measures he suggests include:

Denham argues that this would involve an ongoing process of reform, in which not all the parts are delineated in advance, but the strategic direction and goals are clear. “A single ‘constitutional moment’ that resets every part of the union constitution” is, he says, impossible other than in countries that have “been invaded, had a revolution or won independence”. Instead “strategic incrementalism” should guide a future Labour government.

Over time, other reforms would come into consideration including representation of the governments of the devolved nations within the UK government, and revision of the Barnett formula to ensure levelling-up of poorer English regions alongside the beneficial funding arrangements already enjoyed by Scotland and Wales.

Like many discussions on constitutional reform on the centre and left, much is left unsaid about the underlying social and economic inequalities that also distort our existing political processes and would continue to do so in a reformed UK (a point well made by John Harris recently). 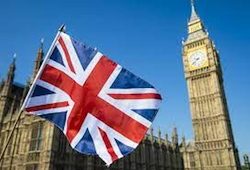 Nevertheless, Denham’s claim that reform would allow the nations of the UK to address such challenges on the basis of common interest and solidarity is a powerful counter to those who want Scotland or Wales to go it alone. From this point of view, constitutional reform creates an opportunity to address, rather than resolve, the structural inequalities of the United Kingdom as a whole.

Whether Starmer’s safety-first leadership would countenance such a sweeping reform of UK government is open to question. Starmer has given prominent support to Gordon Brown’s Labour Commission on the Constitution, due to report to the party at some point in the autumn. Brown’s work on the future of the union and English devolution could be a chance for radical thinking.

However, its processes, timetable and working remain rather opaque, and it has been criticised by some citizens’ groups for focusing too much on Labour leaders and mayors rather than grassroots organisations.

The idea that a Labour Party commission by itself can settle the issue of the union sits ill with Denham’s less centralised vision of ongoing, bottom-up and open-ended change. And it would be unfortunate if the same control-freakery that has guided Starmer since taking office also stymied Labour thinking on these issues.

Nevertheless, the time may be right to push for Labour to go further. Denham makes a reasonable case that there are electoral gains to be had from addressing the ‘problem of Englishness’ – something that should fit well with Starmer’s aim of winning back the ‘red wall’.

Moreover, the party membership has moved decisively in favour of PR in the past two years and the issue will return to Labour conference (where it received more than 80% support from constituencies in 2021) with increased union support. Prominent Labour figures such as Andy Burnham are weighing in on the need for change.

You can request a copy of English Democracy: Electoral Reform, England and the Future of the United Kingdom, by John Denham, here.

See also: ‘Why Socialists Should Support PR’, by Jacqueline Taylor.