HUGO RADICE explores the social, cultural and ideological changes that have embedded neoliberalism so deeply in the daily life of our modern world. To challenge it, he says, we need to recreate a sense of common purpose and the public good.

Forty years after Mrs Thatcher’s first election victory, the term neoliberal remains the basic shorthand for the new form of capitalism that replaced the post-1945 settlement in all parts of the world. 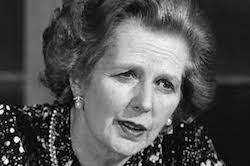 When the global financial crisis erupted in 2008, for a brief period it seemed that this new form might be challenged, but the threat to international trade and finance was headed off by a coordinated effort in which the major powers, joined in the G20 by a wider group of states, intervened on a massive scale in the money markets.

Their success in re-establishing order, and even resuming economic growth, however, was aimed at propping up the world of high finance and global corporations, with the costs imposed on the rest of us.

That leads to two questions:

The answer to both is that we did not appreciate just how deeply our social order had been transformed under neoliberal capitalism.

The failure to predict the crisis led to a great deal of criticism aimed at the theory and practice of economics, but that in itself does not go far in answering the second question. To do that, we need to explore the social, cultural and ideological changes that have embedded neoliberalism so deeply in the daily life of our modern world.

The narrowly economic view of neoliberalism sees it as comprising a specific set of economic institutions and practices, and in particular the four pillars of privatisation, deregulation, financialisation and globalisation. In Britain, these processes were all under way by the end of Mrs Thatcher’s first term in 1983.

Deregulation meant removing or reducing legal restrictions in particular markets such as those for money, financial assets, labour and land.

Financialisation entailed the transfer of power in private enterprises from managers to shareholders, and the development of novel forms of finance and insurance, such as derivatives.

Although these changes are widely seen as shifting power from the state to the private sector (especially to big corporations), they had to be implemented through legislation. Rather than becoming weaker, the state now resisted the temptation to intervene and redistribute on behalf of the economically disadvantaged; instead, it sought to enable a more energetic and entrepreneurial business class at the expense of workers and welfare recipients.

Neoliberalism was thus based on a free economy and a strong state; it was not only a transformation in the economics of capitalism, but also in its politics. 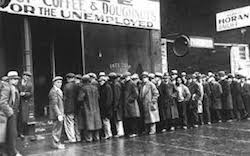 Historically, this went back to attempts in the 1930s, across Europe and in the UK and USA, to revive a liberal capitalism that seemed to be under assault from the authoritarian alternatives of communism and fascism. Calling themselves ‘neoliberals’ or ‘ordoliberals’, the advocates of liberal renewal aimed to resolve what seemed to be a fundamental contradiction between property rights and political democracy.

However, the crisis of the 1930s and the global conflict that followed instead led to a shift towards forms of social democracy that included the extension of welfare and labour rights, active fiscal and monetary policies, and the construction of a global capitalist order under US hegemony that appeared to enable every individual nation-state to fashion institutions and practices that were appropriate to their own traditions and needs.

The legal and political rights of their citizens were now based on universal suffrage and equality before the law, while social rights were added, notably the right to a basic level of subsistence, and to freedom of association in civil society, such as the right to organise trade unions.

This new order in the developed capitalist countries also provided the template for less developed countries, including those emerging from colonial rule.

By the 1960s, all these gains seemed to be entrenched and permanent. Yet across the developed world, opposition to the ever-expanding role of the state continued. With slowing economic growth, and later in the 1960s increasing industrial unrest, political economists such as Milton Friedman in the USA and Friedrich Hayek in Britain argued against the financing of state spending through borrowing, which they saw as the main cause of high inflation and economic conflict. They emphasised not social rights, but the freedom of individuals and their aspirations for self-advancement. 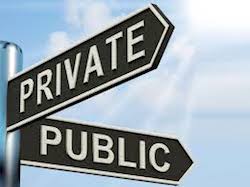 At first, this was expressed on campaigns for lower marginal tax rates, and the outlawing of restrictions on trade such as the closed shop in labour markets, the dictation of retail prices by manufacturers, and the financial market regulations designed to head off speculative crises. Slogans such as ‘value for money’ and ‘the nanny state’ popularised these ideas, and individual ownership of houses and financial assets were encouraged through subsidised sales of public assets.

In the 1990s, these originally Anglo-American reforms spread across western Europe (through the 1992 Maastricht Treaty), the global south (through the debt and aid policies of the Washington Consensus) and the formerly communist countries of eastern Europe and Asia (following the Chinese opening up of the 1980s and the collapse of the Soviet bloc in 1989-91).

During that decade, neoliberal ideology also extended its reach into workplaces, through a re-thinking of management methods in private firms and the public sector alike, and into the home, as the internet enabled companies to target individual consumers and anticipate their needs at very low cost.

Any discussions of class interests or social purpose were abandoned in public discourse, while individual aspirations and identity politics were emphasised. Fiscal redistribution and welfare benefits were linked to willingness to work (‘workfare’), while the idea of social justice was transformed into social inclusion and an individual pursuit of social mobility regardless of economic need.

Entrepreneurs of the self

Each individual was expected to conform to this model of self-improvement – a reincarnation of the Victorian morality peddled by Samuel Smiles, in which everyone is expected to be an ‘entrepreneur of the self’.

In addition, a widespread process of depoliticisation began in the 1990s, with rapid falls in membership of political parties, the convergence of party platforms towards a neoliberal consensus, and falling electoral participation. Governments focused on ‘enabling’ entrepreneurship and aspiration.

It is these more recent changes, in the common-sense ways of understanding society and our place in it, that is responsible for the resilience of a form of liberal capitalism that has proved just as crisis-prone and socially divisive as its earlier forms.

In order to challenge this, especially in the shadow of the climate emergency, it is not enough simply to return to the left’s old policy recipes.

Somehow we have to recreate a sense of common purpose and of the public good. We need to renew our critique of capitalism, not as an economic system, but as a way of life and a way of seeing things. We need to pursue equality of economic condition, not equality of opportunity, since socialism means a classless and equal society.

We can start by helping to flesh out Labour’s plans for a Social Justice Commission, and ensuring that a concern for equality is built into all areas of party policy.

This article is based on a talk given to North East Leeds CLP on 27 June 2019.

Add your comments below and to the author at: hugoradice@btinternet.com.