News that the Clarion Cycling Club has dropped its historical association with socialism made national headlines last week as critical voices lamented the demise of one of the left’s oldest institutions. So has the Clarion changed gear? Not quite, explains the club’s former chair, IAN BULLOCK.

Since its (Zoom enabled) national conference on 12 June there have been a number of articles, letters and even a Guardian editorial on the National Clarion Cycling Club’s vote to remove the word ‘socialism’ from its constitution. Whatever their views on the constitutional changes, I strongly suspect most Clarion members have been somewhat surprised by all the attention. Who knew we had such a high profile?

As ever, what actually happened is a little more nuanced than some reports suggest, as I’ll explain a little later. But first I’d better present my ‘credentials’ for commenting on all this.

I have been researching and writing about the pre-1939 socialist movement in Britain since the 1970s when I was working on my Sussex University D Phil thesis. Later, I teamed up with Logie Barrow, who had explored the Clarion newspaper’s ideas for radical and ultra-democratic trade union reform, and together we published Democratic Ideas and the British Labour Movement,1880-1914 .

Last year I published The Drums of Armageddon, about the British left’s response to the outbreak of war in 1914, which looked in some detail at the Clarion as well as other long-established weeklies of the British left, such as Justice and the ILP’s own Labour Leader. I had become a Friend of the ILP while writing Under Siege, my 2017 book exploring the interwar ILP before and after disaffiliation. (For details of all my writings see my website.)

Although I had been a keen cyclist in my teens and again in my thirties, in those days I usually cycled alone. But while reading old copies of the Clarion, Robert Blatchford’s socialist newspaper, I became interested in the cycling club that grew out of it in the 1890s, and its rituals. Like many, I assumed the club must have died out, probably when the paper folded in 1931, or soon after. 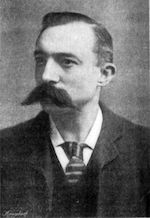 So I was surprised to find, in the members’ kitchen of a youth hostel where I stayed on one of my early 1980s cycling trips, two ‘old blokes’ (about 20 years younger than I am now) wearing large trumpet Clarion badges. Summoning memories of what I had read about in the paper, I exclaimed “Boots!” and they both answered, “Spurs!”

It turned out they were on their way to an Easter Meet of the club. I soon became an individual member and when I retired in 2003 got together with a couple of friends to start a Brighton and Hove section. I attended a few Easter Meets myself, and was a Brighton and Hove delegate at national conferences. These were held as a small part of the meet, and were usually rather routine events – until this year.

That decision meant I had no role in the recent 2021 national conference, so I am partly relying on the reports of others – especially Edward Gilder, now national secretary.

When motions for changing the constitution arrived I think it’s fair to say the committee was not best pleased. It had been busy reorganising itself and the national organisation following the resignation of its previous secretary. What’s more, it could see that the proposition could easily be interpreted as ‘turning our backs on our history’ – a fear subsequently realised only too clearly.

To mitigate its effects, I quickly put together the following statement on ‘Our Origins’ to place at the head of the revised constitution: “The Club began as part of the socialist movement of the Clarion newspaper in the 1890s. Its chief objectives were the promotion of democracy and opposition to every form of inequality. These remain crucial in the 21st century. Clarion socialism was more social and cultural than political and the Club does not seek to influence the political views and affiliations of members.”

My effort at compromise succeeded. The national committee agreed to support it and it was passed with a unanimous vote. So it is not true that our constitution now makes no reference to socialism.

However, it is true that the previous statement of aims, which read: “The Clarion’s objects shall be: To protect and further the interests of cycling and cyclists. To promote Mutual Aid, Good Fellowship and support for the Principles of Socialism” was replaced by one that makes no reference to the last word. It is this that has upset some members, and some people from outside the club too.

It is in the nature of a cycling club that there are bound to be members who want to be more political and promote the Clarion’s historic calling, and those who put the emphasis simply on enjoying being out on the bike. 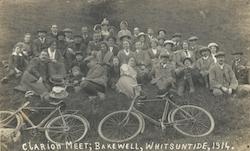 From its very start, there were some cyclists who objected to holding Easter Meets at the same time as the traditional ILP conference. This was pretty inevitable and some tension was bound to exist between the more earnest souls and those who thought, “We get enough politics during the week. Let’s just enjoy going out on the bike on Sunday.”

Moreover, we can’t just pretend the 20th century never happened. Few in the ILP – and certainly not me – would wish to be identified with every version of socialism. What does it mean, after all, when ‘socialist’ can be used to describe everyone from Bernie Sanders to Kim Jong-un?

Of course, it was a lot more straightforward in the 1890s when the Clarion and its cycling club flourished. Years later when authoritarian Leninism was becoming the norm for so many on the left, the ILP – very much to its credit – published a translation of Karl Kautsky’s The Dictatorship of the Proletariat. He was clear that only the democratic path was acceptable and that “Socialism as such is not our goal, which is the abolition of every kind of exploitation and oppression, be it directed against a class, a party, a sex, or a race.”

Much too late, well after the changes to the constitution had been agreed by the national conference, I thought of a possible counter-proposal, which just might have been successful. The preamble (quoted above) might perhaps have been modified to add ‘party’ in the final sentence so it read: “Clarion socialism was more social and cultural than party political”. The statement of aims now agreed could also be preceded by: “The Principles of Clarion Socialism: promotion of democracy and opposition to all forms of inequality and exploitation.”

That would certainly have satisfied me. Whether such a change might gather enough support among Clarion members is anyone’s guess.

Ian Bullock is a historian of the early socialist movement and Friend of the ILP.

He edited Sylvia Pankhurst: From Artist to Anti-Fascist (1992) with Richard Pankhurst and wrote Democratic Ideas and the British Labour Movement, 1880-1914 (1996) with Logie Barrow.

He is author of Romancing the Revolution: The Myth of Soviet Democracy and the British Left (2011), Under Siege: The Independent Labour Party in Interwar Britain (2018), and The Drums of Armageddon (2021). His brief history of the Clarion Cycling Club is here.

Ian’s own website on socialism and democracy is here.