Brexit, Covid and the looming prospect of Scottish independence – why now is the right time to propose a federal model for power sharing. By PAULINE BRYAN 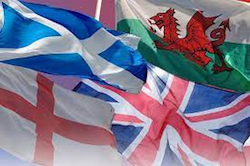 These piecemeal changes, however, never resulted in a settlement that drew a line under constitutional change. It seems that once the process of devolution starts it creates a demand for more powers. The danger is that this results in politics becoming bogged down in structures rather than a vision for a better society. Politicians can be more involved in discussing powers than using powers.

Is it valid to ask whether it is possible to have a resolution this side of independence? Or is it the case that once a country has started along the devolution route it becomes stuck in a cycle of demands and concessions from which independence is the only escape?

Left wing supporters of independence often argue that if we get independence out of the way we can then get on with the real politics. But history suggests this won’t be the case when the electorate is so divided.

The Red Paper Collective argues that, rather than being sucked into either the Yes or No camp, we should view the issue from a socialist perspective. The group asks if either of the options available in the 2014 referendum could deliver for working people. Specifically, it asked if they could:

I will briefly touch on each of these.

The Scottish economy is not run in Scotland. This is acknowledged by the SNP’s Growth Commission, which accepts that Scotland will have to align itself with the rest of the UK’s economic trajectory for many years to come.

The latest government expenditure and revenue figures for Scotland show a widening gap between income generated in Scotland and expenditure. The Growth Commission, adopted at the 2019 conference, predicts a decade of austerity after independence.

While there have been movements struggling for political democracy going back centuries, there has been much less emphasis on economic democracy. Instead, it is widely accepted that countries must compete to invite multinational companies to exploit their national economies and workforces while the profits are repatriated to favourable tax regimes.

Resistance to vulture capitalism depends on a strong trade union movement. At their best, trade unions unite across the UK to win recognition and rights for their members. But we know how hard the struggle is in companies such as Amazon.

The Red Paper Collective is concerned both with solidarity and subsidiarity. Despite 22 years of devolution, the UK remains one of the most centralised countries in the world. The Scottish government has also made Scotland more centralised by taking powers away from local government. An essential aspect of democracy should be that powers are held at the best level to be effective and accountable. That starts locally, not nationally. 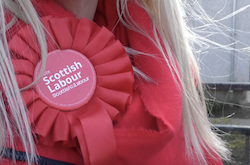 The Scottish Labour movement, as represented by the Scottish Trades Union Congress and the Labour Party in Scotland, has supported some form of Home Rule throughout most of its history. They favoured a federal arrangement rather than independence and led the campaign for a Scottish parliament.

But it was Scottish Labour’s failures to deliver in the first two terms of the parliament that laid the ground for support for the SNP and eventually for independence.

Tony Blair’s plan for Scottish and Welsh devolution was an ill-thought out, rushed response to growing anger in Scotland provoked by the Conservative governments of Margaret Thatcher and John Major.

Rather than a quick fix for Scotland and Wales and half-hearted attempts to establish regional devolution, it would have made sense to establish a far-reaching constitutional convention to consider how to devolve powers to the nations and regions while ensuring parity of esteem in their dealings with the House of Commons.

But this would have involved ceding powers at the very time when the role of the prime minister was becoming more presidential and parliament less effective at holding him or her to account. The legacy of the way devolution was introduced could ultimately have the opposite effect to what was intended. Instead of appeasing the demand for separation, it may have laid the ground for the break-up of the UK.

However, we do now have the basis for a federal arrangement where some powers are devolved while others remain with a UK parliament that deals with macroeconomic issues and international relations. This dual approach allows for radical policies to be adopted within the constituent parts which also benefit from the combined strength of the rest of the UK to operate within the global economy.

Since Brexit, it is even more necessary for all parts of the UK to have a voice on issues that are cross-territorial, while the responsibility is devolved.

It would be entirely logical for the UK to continue the unfinished business of devolution and become a federal state. The asymmetrical nature of the UK means that it is not suitable for a federation of nations, particularly as there are such huge disparities in England.

Two arguments are often used against federalism. First, that no one can explain what it means. Secondly, that there is no appetite for it. 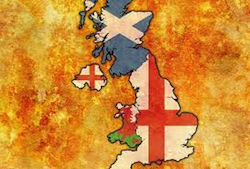 In ‘Remaking the British State’, a substantial paper originally commissioned by Jeremy Corbyn, Seán Griffin describes how a radical constitution could challenge the centralised nature of the British state and lay the basis for building a more democratic economy.

He argues for the adoption of a codified and legally entrenched constitution that enshrines international human rights standards, environmental protection, and economic and industrial democracy by giving workers the right to buy out their employer.

The National Investment Bank should be required to ensure a fair and equitable redistribution of power and wealth across the UK. And there should be democratically accountable regional representation on the boards of the Bank of England.

The second objection has become less valid. The response to the Covid crisis has shown that all parts of the UK can benefit from the enormous borrowing power of the UK’s Treasury. But there is dissatisfaction about how the resources are distributed, and decisions on investment are taken centrally rather than locally. The Internal Markets Act has gone so far as to reverse devolution.

Now is exactly the right time to put forward a federal model for power sharing. There has been a spate of reviews from bodies including the UK government, the Welsh government, the House of Lords Constitution Committee and the Labour Party. Questions are being asked about the First Past the Post system used for elections to the House of Commons, whether there should be a written constitution, and how long we can tolerate an unelected second chamber.

The unelected, elitist House of Lords has never seemed so anachronistic. Despite its occasional attempts to soften the most outrageous aspects of some legislation, it is politically impotent; and so it should be. An unelected chamber should not be able to overturn decisions taken in an elected one, and that makes it all the more useless as a means of holding the government to account.

The UK has a presidential-style prime minister with a docile cabinet and a significant parliamentary majority. That leaves the prime minister largely unchallenged. When the opposition is ineffective the situation becomes even worse.

A federal system would create an elected second chamber. The important principle here is that nations and regions should be able to work together across territorial boundaries where they have shared interests.

A ‘Senate of the Regions and Nations’ would have responsibility for issues that are cross territorial. This would ensure against a race to the bottom in areas such as corporation tax, workers’ rights and consumer protection so that each devolved administration could choose to enhance, but never reduce, UK wide standards.

As Vince Mills has said, Scotland is split 50/50 between those prepared to support independence, if not immediately then relatively soon, and those who are against. It is not a good basis for a newly independent nation to have half its population opposed to it. But neither is it conducive to building a socialist challenge if the majority of working people decide who to vote for on the issue of independence.

As Vince explained, there is an alternative that could prevent years of division, and that is to accept that Scotland as a sovereign nation must have the right to hold a referendum, but that it should not be a binary Yes/No choice. Rather it should give people the democratic right to vote for change short of independence.

This change must include a radical programme that goes beyond structures and outlines the fairer, more equal society that could be created using existing and new powers. There should be a third option on any future referendum ballot paper. The Red Paper Collective is framing such an option currently and we look forward to sharing that in the very near future.

Pauline Bryan was the editor of What Would Keir Hardie Say? and Keir Hardie & the 21st Century Socialist Revival. She is a member of Scotland’s Campaign for Socialism, the Red Paper Collective and the Keir Hardie Society. In 2018 she became a Labour Peer in the House of Lords.

This article is based on a talk given to an ILP meeting on ‘The future of the union and the case for UK federalism’ held online on 3 September 2021.